Ryzen is now quite a beefy 3 month old.  He's well over 16 lbs, and wears 9 month old clothing. We like to call him "chunk chunk."  He's also old enough now to put in a Bumbo chair, which he doesn't mind.  (He's a pretty laid back guy thus far.)  He's also developed the coordination to grab things, like sheets, and pull them to his mouth.  That's his favorite thing to do.  In addition, he's begun drooling like crazy.  We have to put a bib on him to keep him from soaking his clothes. 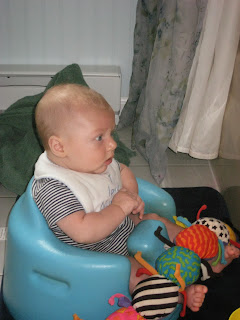 All the kids accompany Aria as she walks to the end of the street to catch the bus in the morning.  It got pretty cold in the morning a few days this week (although for the most part the weather here has still been very lovely).  So we put Ryzen in the little bear outfit to keep him warm. 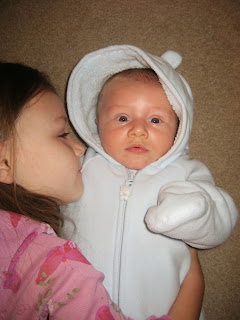 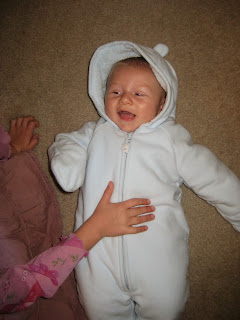 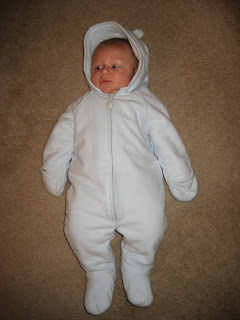 Zade's crazy antics
Just before bed Zade was all hyper, running around his room and pretending to be a ninja. 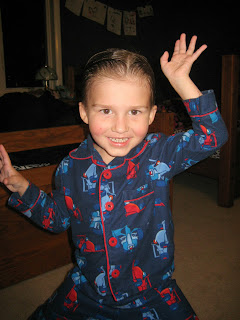 He then grabbed one of his swords and began hamming it up. 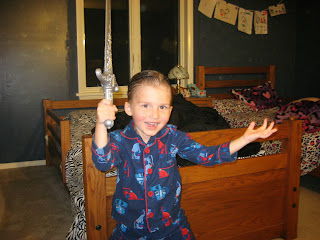 "I'm gonna chop your head off!"  (One of his favorite phrases, which we believe he picked up from when we read scripture stories before bed.)  :) 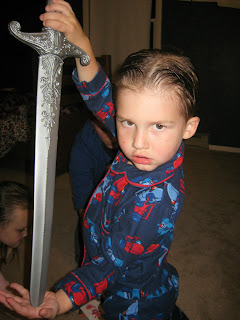 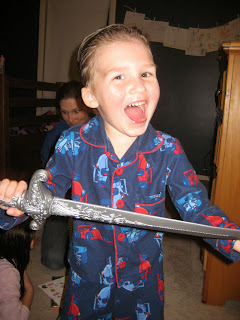 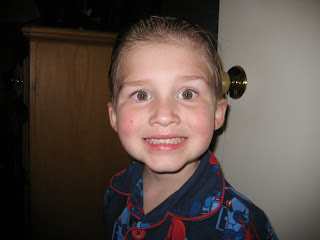