Zade just said his first word, and it clearly reveals his partental preference. Alas, the word is "momma". :) He loves to use it in long strings for emphasis too. He also officially crawling, and loving it. It's fun to see him growing so fast.

Kids will be kids

Here's a nice candid moment of life with small children. They're fun, but their minds operate on a different level. :)

We finally broke down and went to what I fondly call the stuffed animal museum. The place is actually far cooler than I had expected. Rather than just showcasing a bunch of low-grade animal replicas, this place was loaded with really impressive taxidermy. The animals looked so real. 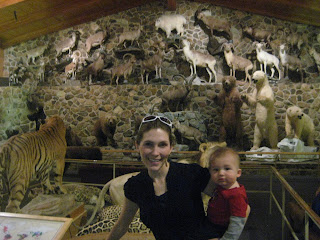 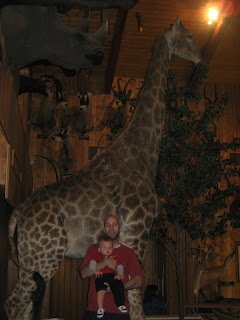 ARIA'S TEA PARTY
Aria loves to entertain her dolls by offering them various beverages and assortments of delicious appetizers such as dry beans, uncooked rice, and graham crackers. :) 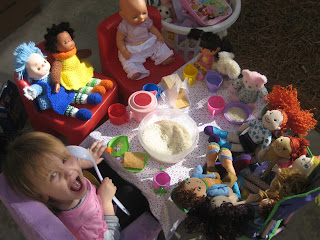 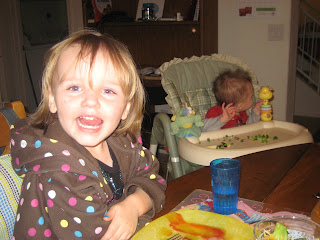 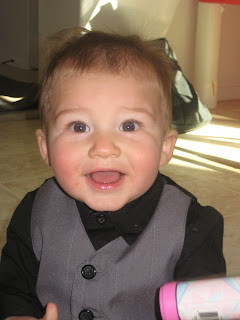 Last night Tara and Aria were playing make-believe. They were pretending that each of them had a baby (played by an authentic baby doll) and that the babies were sick. They dressed up like princesses so that they could find the magical medicine to make them better. (You can see in the picture below how concerned Aria was about the babies) 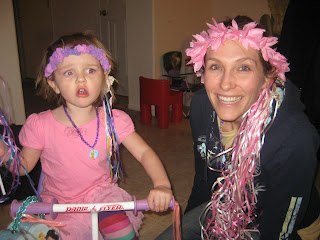 The medicine turned out to be fishy crackers & starburst candies, which they ended up sharing inside the pink Dora tent. During the journey, the had to zap monsters with their fairy wands so that the monsters wouldn't eat them. To add to the realism, our cat Azure jumped on top of the Dora tent while they were inside and the tent collapsed on them. :) Here they are after fixing the tent. 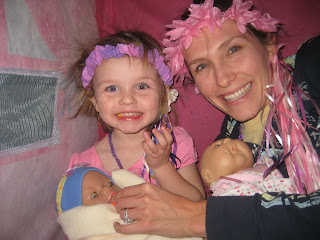 ZADE ON THE MOVE
Zade is now getting around pretty well using his front-wheel-drive crawl (he's powered by his arms, not his legs). Here he is on the hunt for our cat, Azure.

Aria's pre-crawling consisted of rolling from point A to point B, so it's fun to see how each kid develops so differently.

SPECIAL MOMENTS NOT CAUGHT ON FILM

Since our kids do many cute things that don't make it into pictures, we thought we should document them:

- Aria now does a really good job of entertaining herself. She takes grabs Christmas ornaments and figures from the manger scene and uses them as action figures.

- Aria is still pretty anti-solid foods even at age 2.5. The most effective ways to get her to eat are to 1) put on a movie and feed her (which we've now prohibited, since we think it's a bad habit) and 2) for us to grab food and tell her we're going to eat it all up and she can't have any (reverse psychology). Each time she takes a bite of the food I (dad) would make a pouty, scowling face, and grumpily say she's eating MY food, to which she'd cackle with laughter. One time, that latter approach changed her from refusing to eat anything for dinner to eating 6 chicken nuggets and a pile of broccoli, which for her, is a huge meal.
Posted by Dane & Tara at 7:15 PM No comments:

Wrapping up the holiday fun

STICKERS
After watching "Despicable Me" as a family, Aria asked me if I wanted to see her stickers. Not realizing she had any stickers, I couldn't help but laugh when she unzipped her jammies to reveal that she'd plastered a pile of stickers all over her tummy. :) Children are strange creatures. 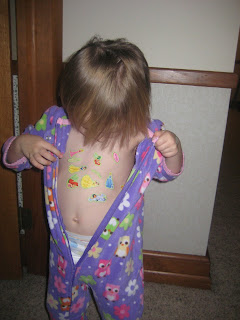 BALLERINA
Aria also got a little tutu from her Aunt Dani for Christmas and decided to strike a pose. Tara is looking forward to the day when we can enroll her in dance: 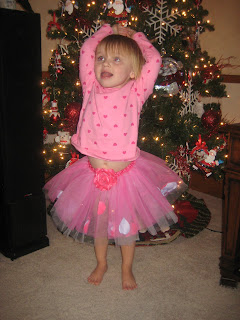 ICE SKATING
Despite a snow storm, we managed to fulfill Tara's wish and went ice skating with Shara and Stephen. 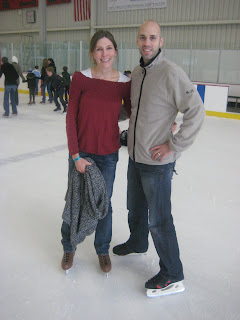 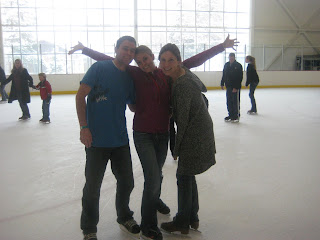 OTHER FAMILY PICS
Here are a few more fun pics that we took during our trip: 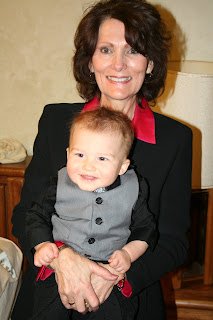 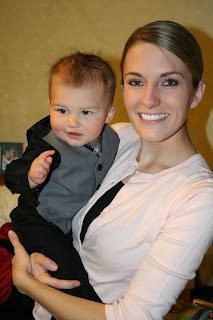