Everyday Zade gets out his blocks and builds a new creation.  He's constantly designing things. 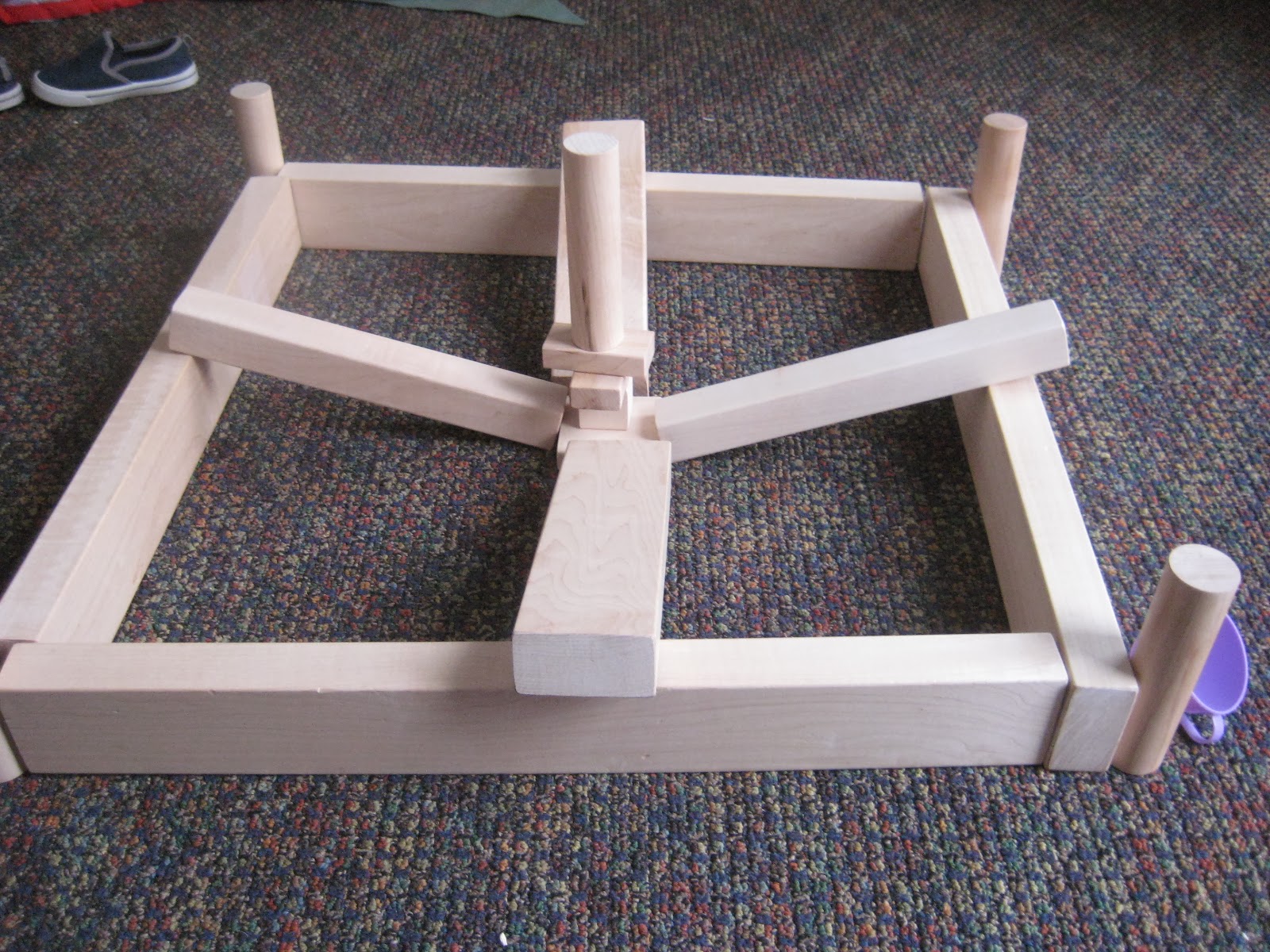 Here are Zade's many "rocket ships" loaded on a "bridge". 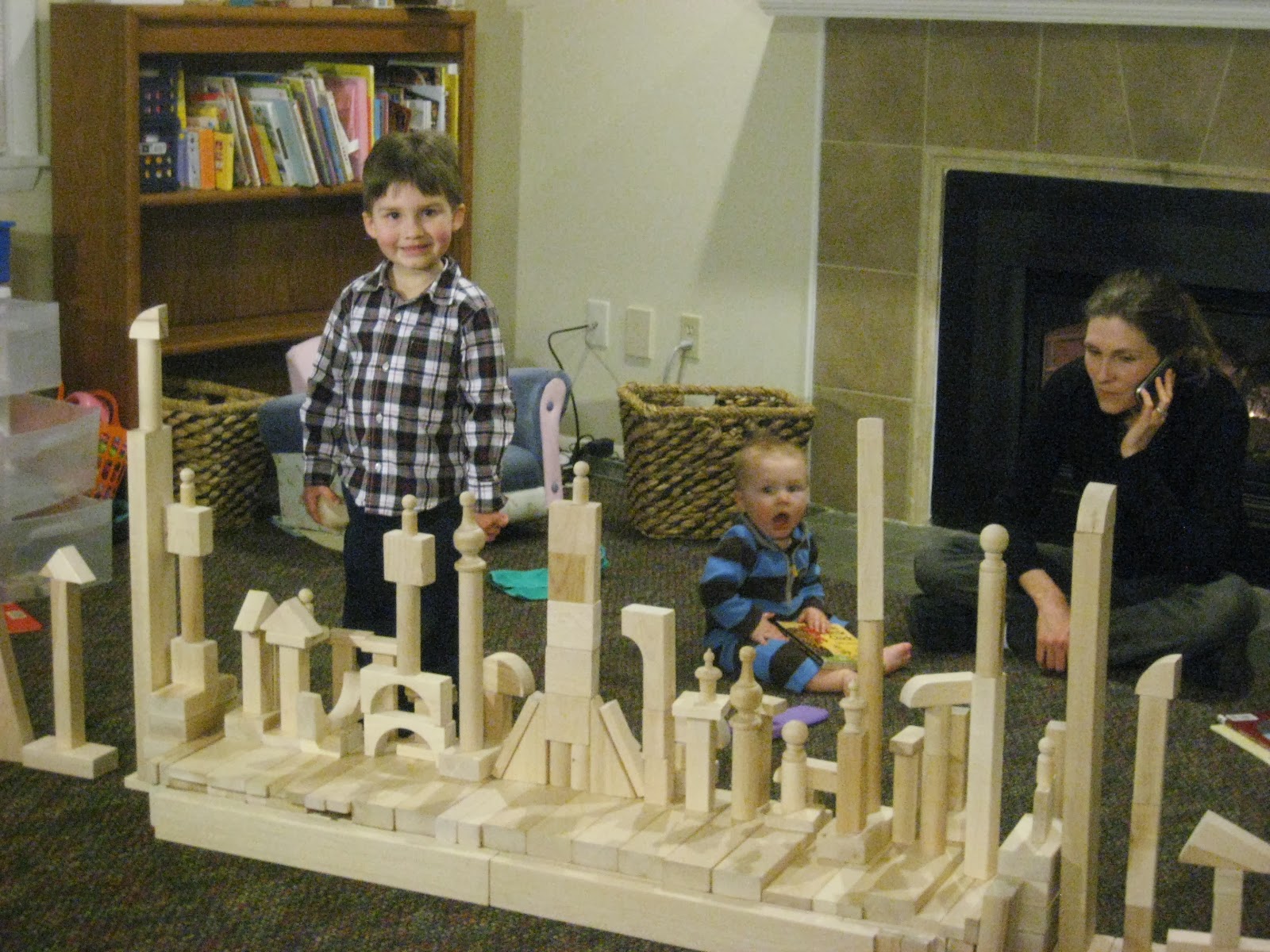 Aria is now taking her first real ballet class.  (The classes she took in the past were just pre-school creative dance instruction.)  But now she's at the bar, pointing her toes, doing pliés, and other hardcore ballet moves. 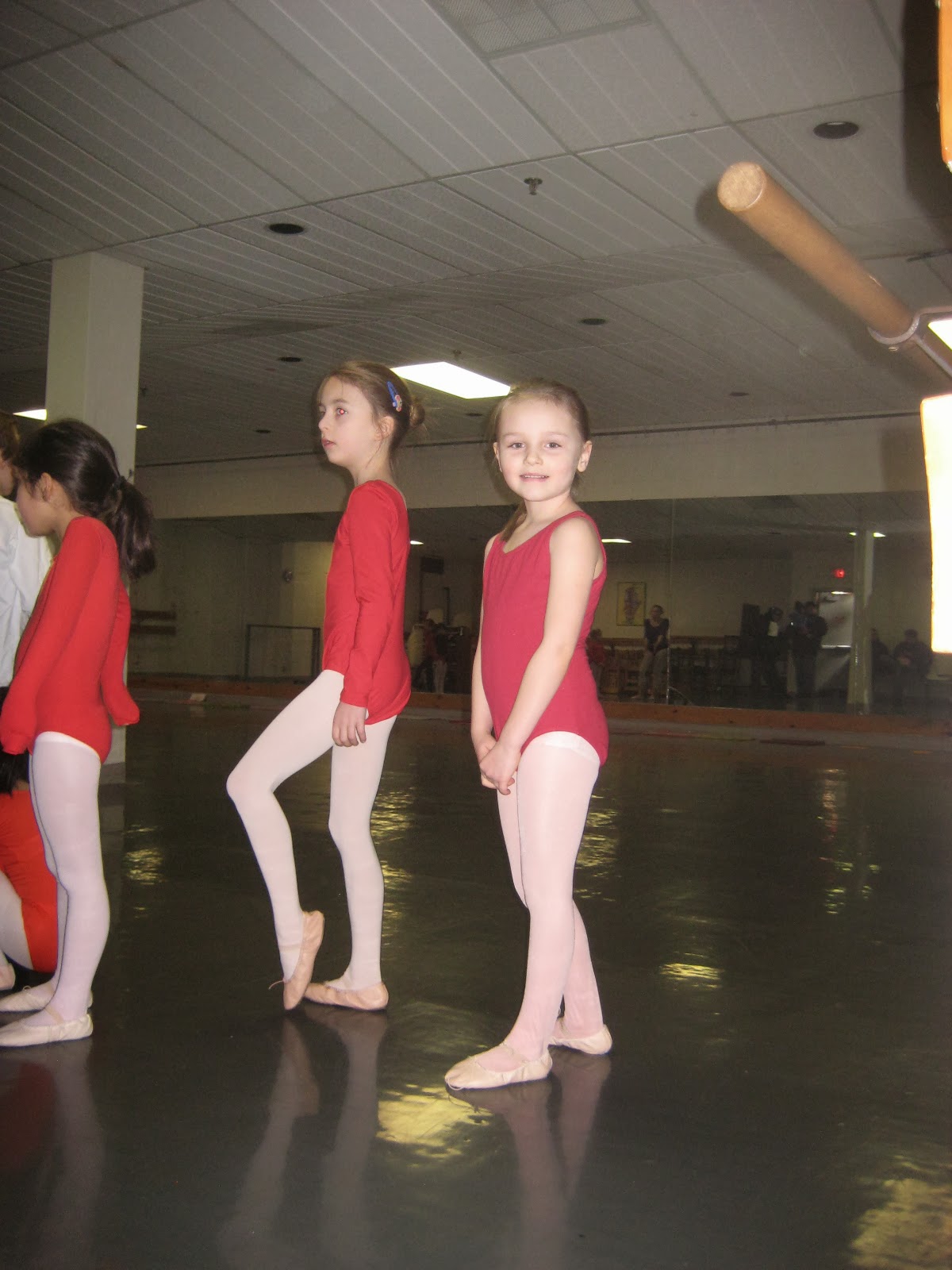 Her school also had a fundraiser this week, where she had fun playing bingo. 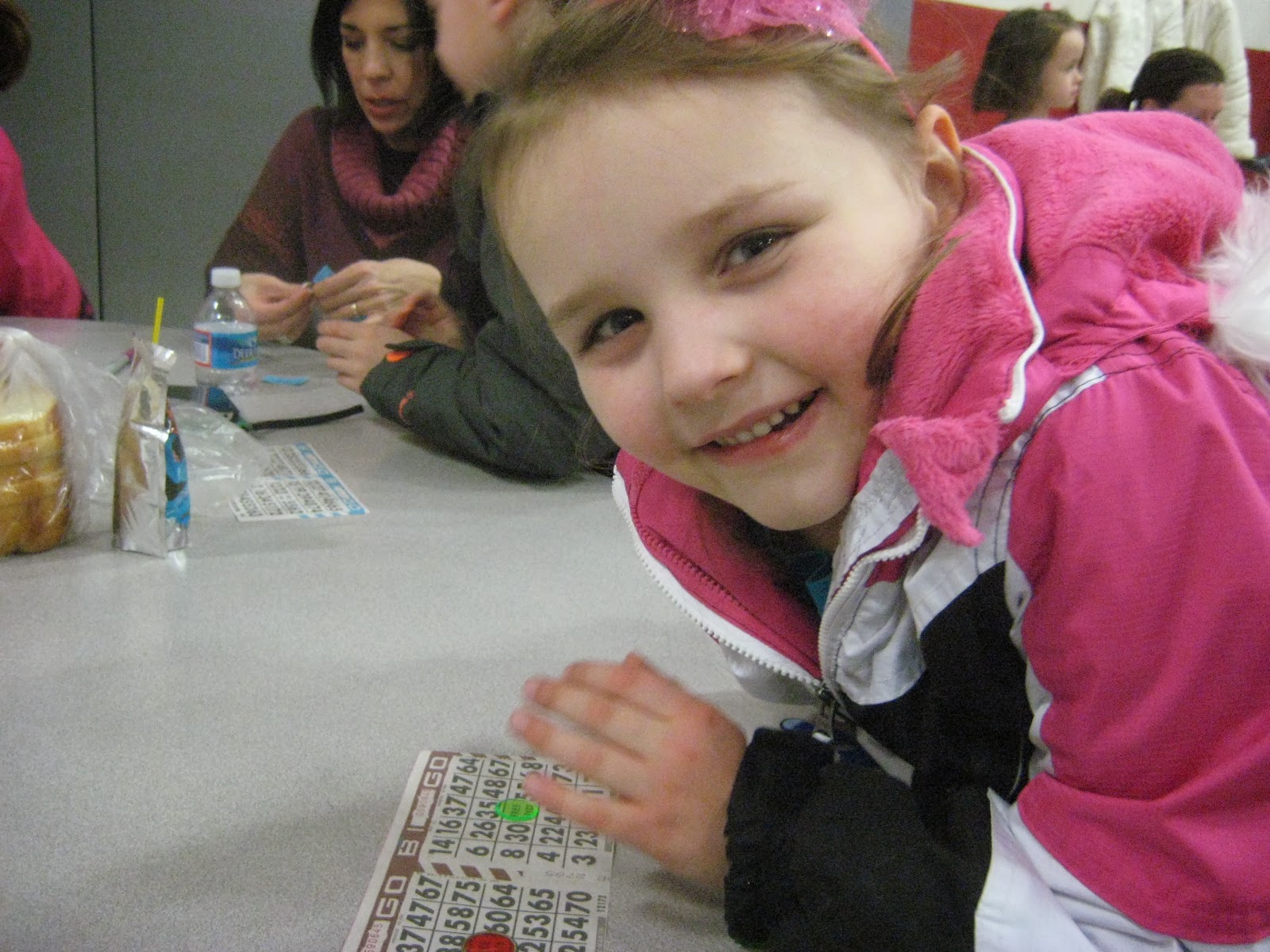 And here's our good-natured 7 month old.  He's generally very happy, which makes Tara's life much easier. When Tara is out in public, people often seem to come up to her and say, "you're baby is always smiling." His coordination is also improving. He can now sit up by himself and will play with a semi-circle of toys for quite a while.  Additionally, he eats all the same food that we do as long as its small and gum-able.  (He still just has two little chompers). 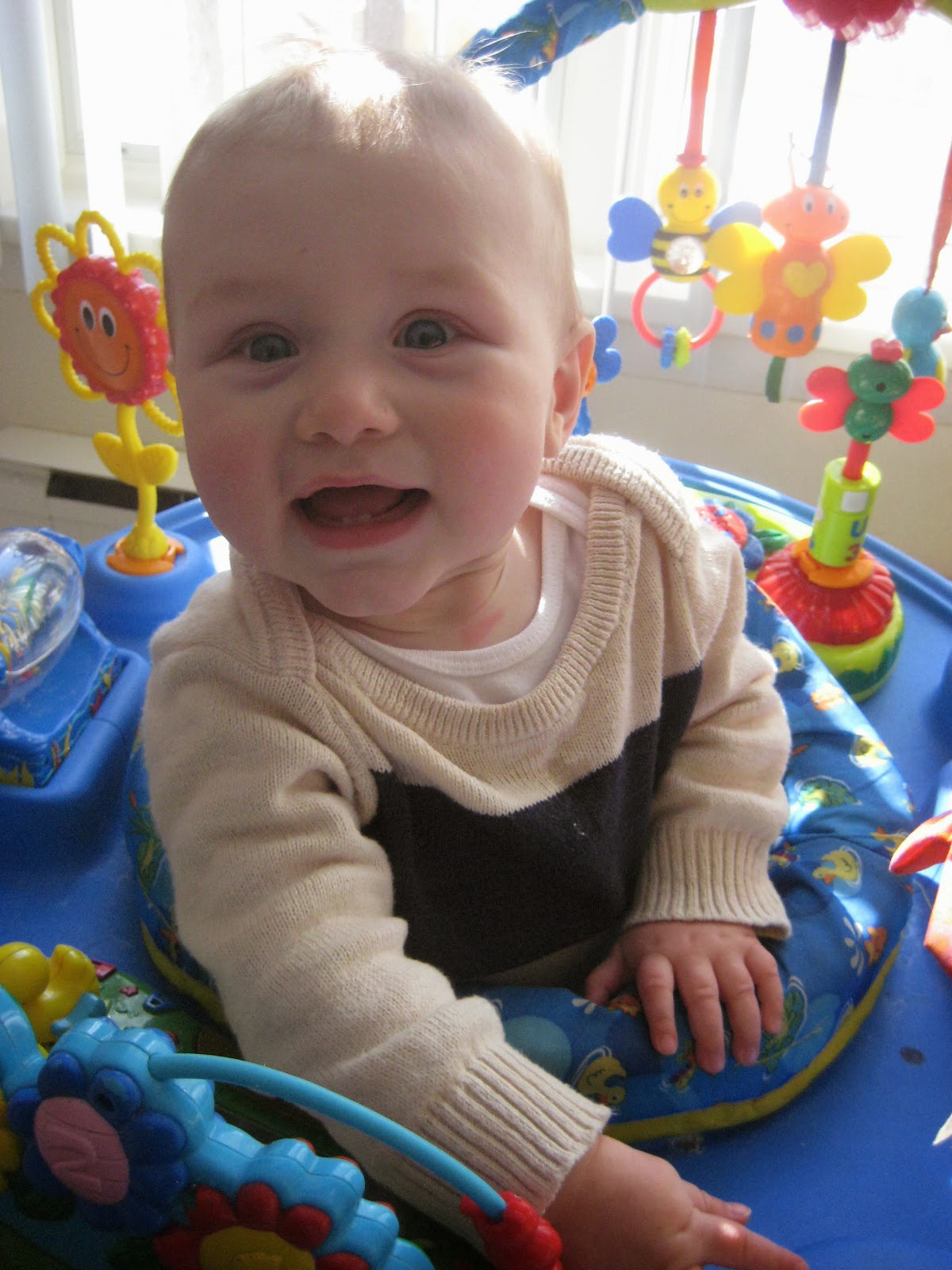 The only gripe we have with him is that he tends to mistake his bathtub for a toilet.  (We're talking about #2 here.  At first we thought it was a passing phase, because he stopped doing it for a while, but he changed his mind and has made it a long-term nightly ritual.  Grrr.....)  But he's so cute, we can't help but forgive him. Hopefully he'll grow out of it soon, otherwise we might have to stage an intervention. :)
Posted by Dane at 11:03 AM No comments:

Tara also pulled out a retro shirt I used to wear as a baby and put it on Ryzen.  See him in full '70's mode: 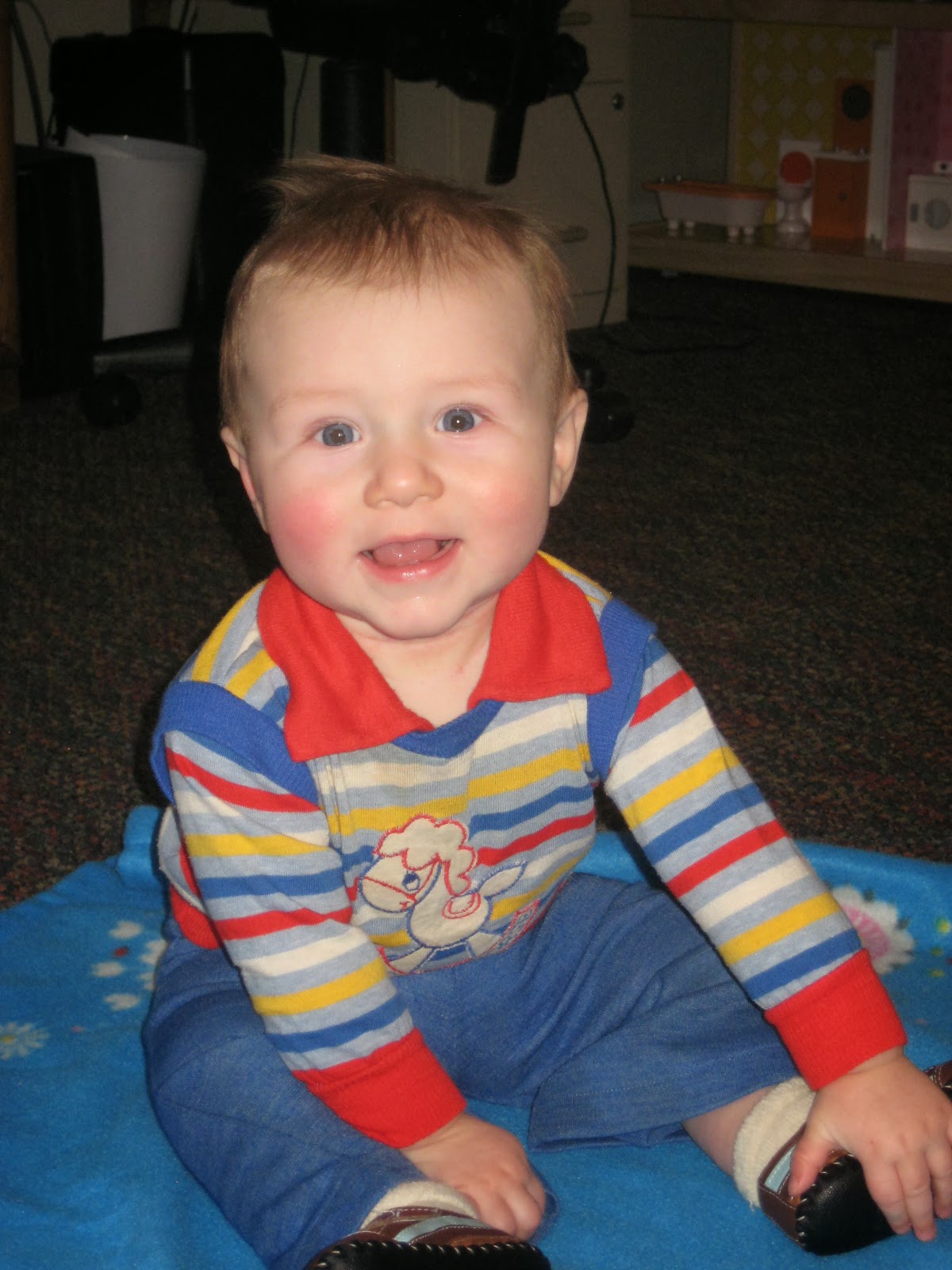 Right before I left on a business trip to Houston last week, Tara's parents' connecting flight through State College got canceled, so they ended up staying a few extra days here.  It was fun to spend a little more time with them.  Tara's dad was not about to sit around, so he went right to work. He installed a new kitchen faucet, a new closet light fixture, replaced a light switch, etc......  Let's just say, this house really likes it when he's around.  :)  We were sad when they had to leave again.

Here are a few cute pics of the boys that Tara took on a walk with them in the stroller. 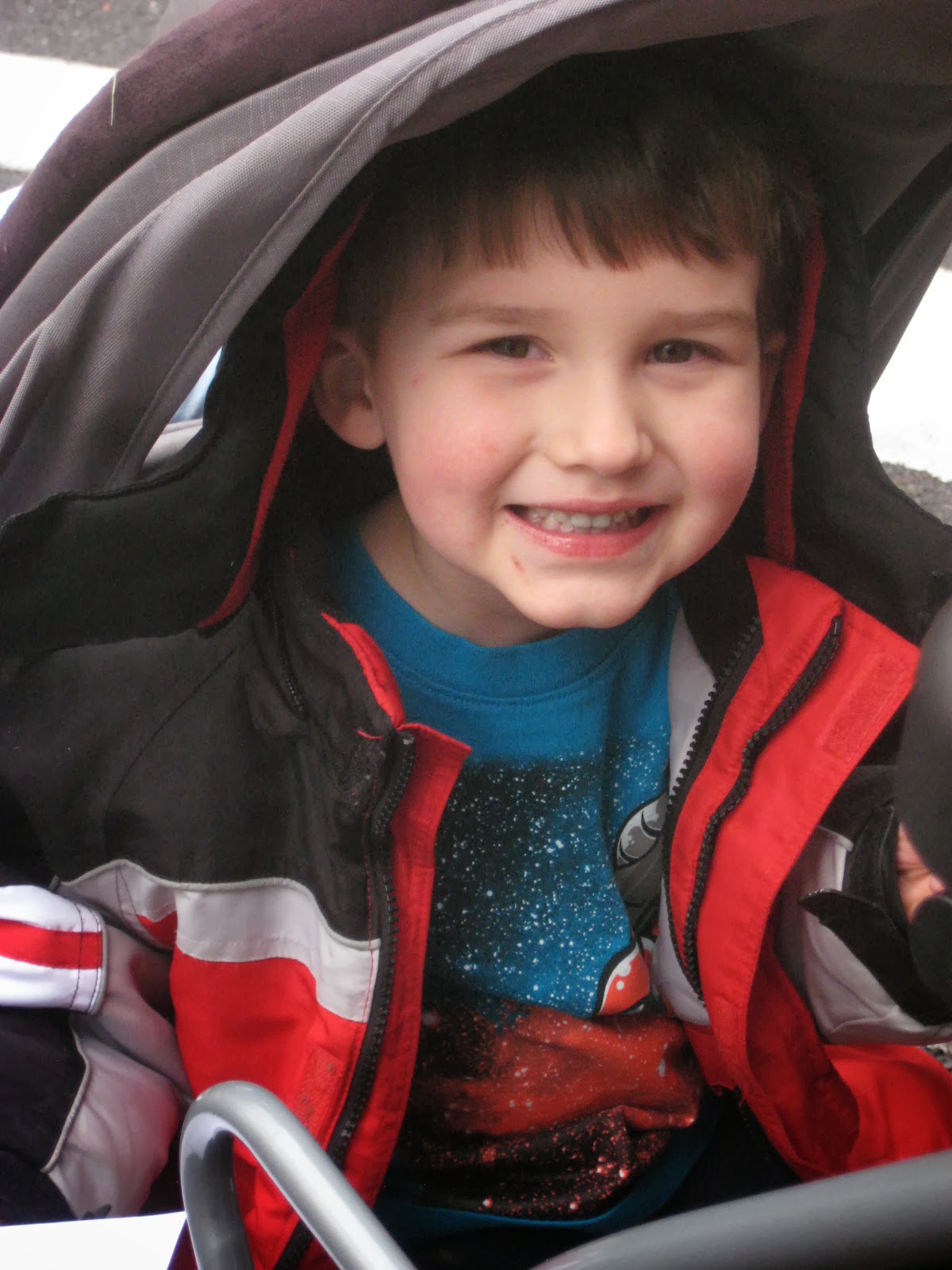 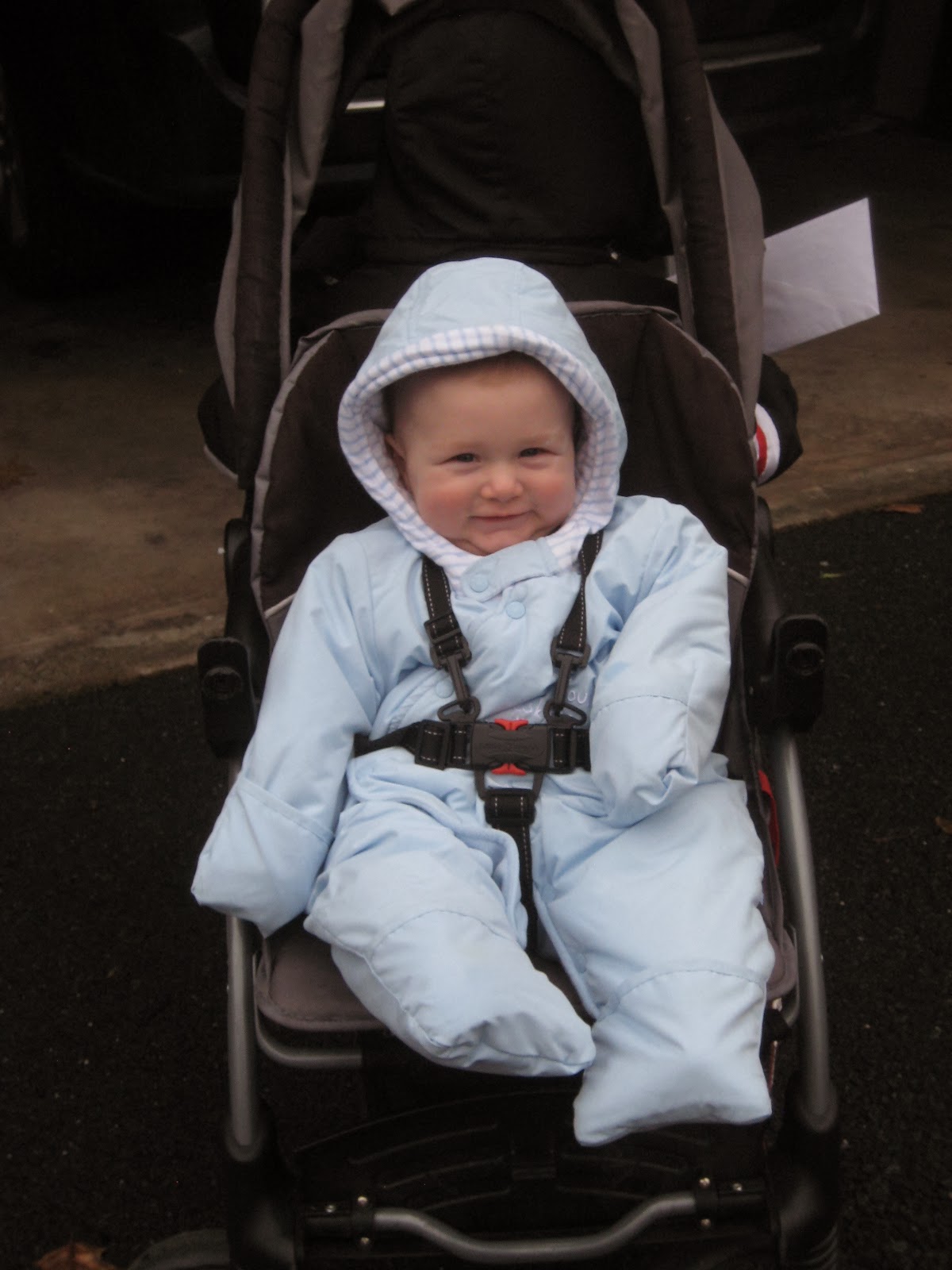 For show and tell this week at school, Aria decided that she wanted to share a song she knew, so she decided to sing "I am a child of God."  So she did it, all on her own.  Singing a solo in front of your peers takes guts, and then to choose a song from church... she's a winner.
Posted by Dane at 5:51 PM No comments:

For pre-school Zade got to build little gingerbread houses, which he meticulously covered in little pieces of candy. 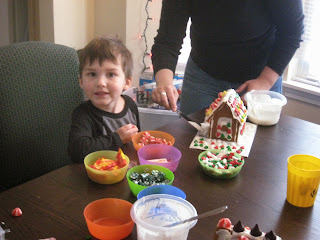 Despite being married for 10 years, this is the first year of our married lives where we had Christmas in our own home. Now that we have 3 kids, it seems like a good time to start. :) Pennsylvania decided to make it feel more merry by dumping some snow so that the scenery was nice and white.  Tara's parents also came to visit for Christmas, which added more family fun.  Because her parent's flight came in on Christmas Eve in the evening, the kids ended up getting to bed later than normal, so when Christmas morning rolled around, all the adults were awake and the kids kept snoozing. Kind of the opposite of what we'd anticipated. :) 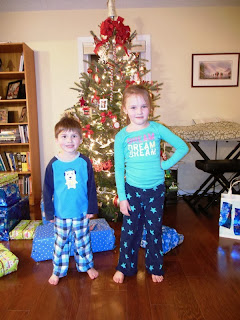 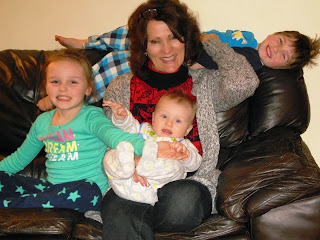 Here's roughly the scene the kids came downstairs to see Christmas morning.... minus two parent's guarding all the loot. 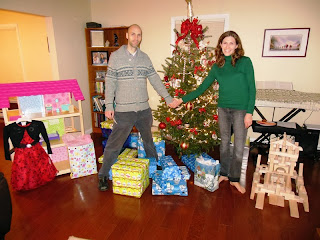 Aria ended up getting a big dollhouse and a couple of dolls to play with. 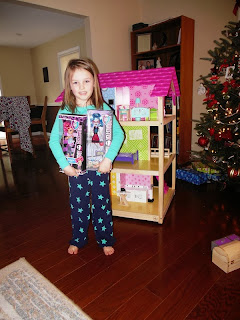 Zade loves building things, so he was given blocks.  He also loves monsters (the friendly kind), so he also received Lord Vampire's Lego castle. 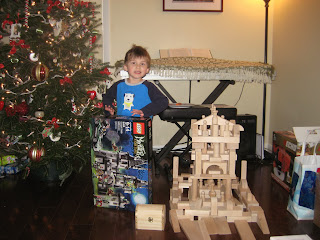 Since Ryzen is just 6 months old, all he got was some baby food. :)  Here's Tara posing in her new coat. 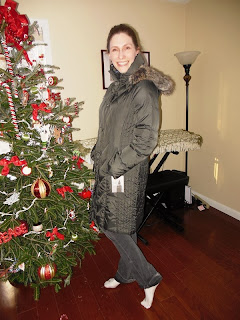 Right after Christmas we drove down to Washington, D.C. and went to the temple there. It's huge, and setup very differently than the other temples we've gone to in the past.  It was a neat experience to visit.

Since Tara's mom's family all live on the east coast, they got together for a family party at her uncle Blair's house in the DC metro area.  Here are the 5 siblings lined up in birth order: Craig, Karen, Linda, Terry (Tara's mom), and Blair. 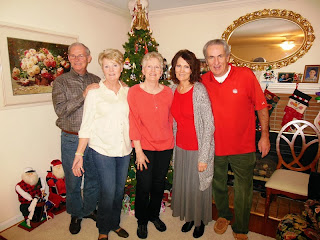 After the party, the kids had fun going swimming at the hotel. 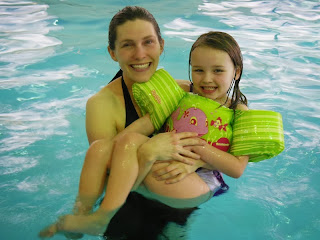 For New Years, we decided to lay low this year.  However, Tara set out to create a long list of goals.  One of which is to stop drinking diet coke. 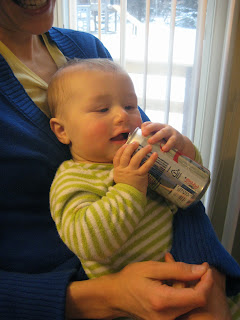 Some of her other goals include running the 24th of July Marathon in Salt Lake, having 3 vegetarian dinner meals a week, taking a dance class, etc...  I'm still working on the long-term goals I set last year (i.e. work out at least once a week to make sure my tummy doesn't get bigger than my chest, read scriptures daily, spend quality time with the kids each day, and work as hard as I can to get top tier publications so our family can have stability.)
Posted by Dane at 12:12 PM No comments: