The Schlow library in State College had the Polar Express come to town.  The kids got to hear the story and then hopped aboard a little trolley that took them to see Santa for a photo. 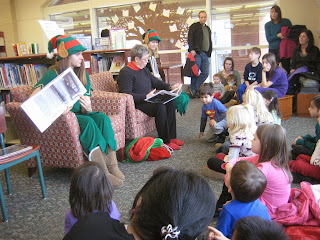 Afterwards there was a free performance of "Where the Wild Things Are" in the library, which was a lot of fun.  When it finished, the kids got to go up and have their programs signed by the actors (Aria is in the pink coat). 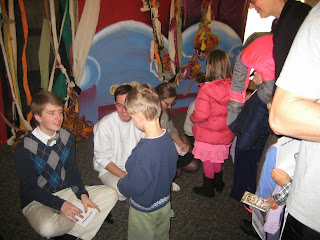 We also picked up some of our favorite books at the library.  These two in particular are my personal favorite kids stories. 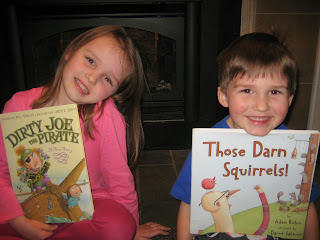 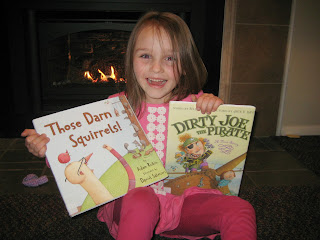 We also got a propane fireplace, which has really helped keep the house warm. The original wood fireplace had a broken liner, which was going to be fairly expensive to repair, so we decided it would be more convenient and just a little bit more expensive to just install a fireplace insert (as seen below). 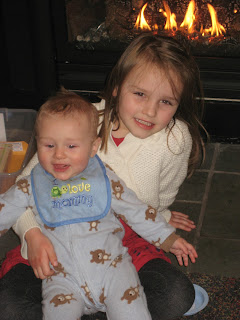 Christmas presents have also started arriving in the mail, and the kids intercepted one from Grandma & Grandpa "C" and opened it.  Inside were little remote controlled cars, which they had a blast with. 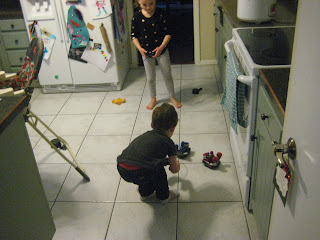 Little Ryzen is now 6 months old and is starting to cut teeth.  He sits up on his own now and is growing like a weed. He's in the 99th percentile for height and is a sturdy lout. 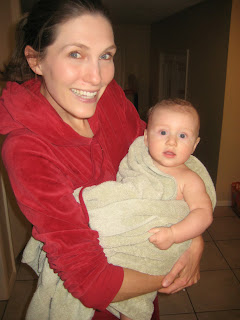 Last week we had planned to go to a tree farm and cut down our own Christmas tree, but it was so cold, that we decided to bag that idea.  Instead, we bought a relatively fresh one that was pre-cut.  We got it just in time before a big snow storm hit.  While the storm was just dumping snow, the kids had fun decorating the tree. 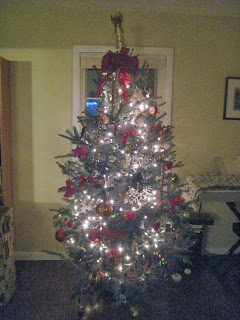 Then they started creating Christmas presents for the neighbors and the kids school teachers (i.e., Cookies in a Jar). 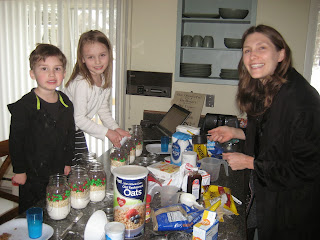 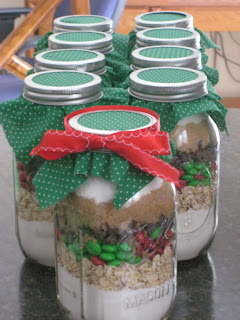 Then the kids went outside and had fun sledding down the hill in our front yard with all the other kids in the neighborhood.  Here's Aria trying to catch snow flakes on her tongue. 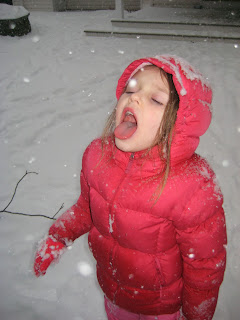 When all was said and done that day, the storm dumped over 6 inches of snow. 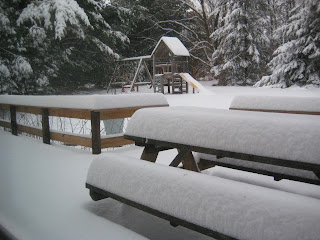 My sister Annette and her family came to visit us for Thanksgiving.  They've been living out east for nearly the last decade, during which time we lived in the west, so we didn't see them very often.  However, now that we live in Pennsylvania, and they're up in Syracuse, NY, we were finally able to get together. It's been several years since we've been able to hang out with both Scott and Annette, so we're really grateful we were able to spend time with them.

Here's the delicious feast we prepared for Thanksgiving, complete with Acini de Pepe: 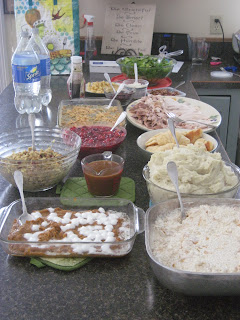 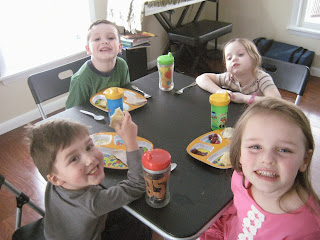 The scenery outside during our feast was quite beautiful.  This picture doesn't do it justice, but everything was covered in ice and was glowing in the sunlight.

After the meal, the kids had a great time playing with each other.  Sometimes kids don't get along very well, but fortunately they hit it off.


Hershey Chocolate World
On Black Friday we headed to Hershey, PA to check out Hershey's Chocolate World.  There was a nice free tour, which laid out the intricate process of making chocolate.  The kids also enjoyed decorating their own treats in the dessert cafe. Aside from that though, the remaining activities were so expensive that we couldn't justify doing them. Although we had a pleasant time, it wasn't worth the 4 hours of round trip drive time to go there.


On Saturday, the kids had a great time playing games at home.

In the evening we went to Fun Unleashed, which had a large indoor playground, which the kids really enjoyed.

On Sunday Annette's fam had to head home, but we got a group shot to remember the holiday adventures. 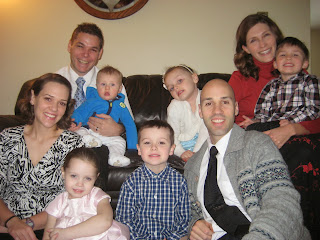 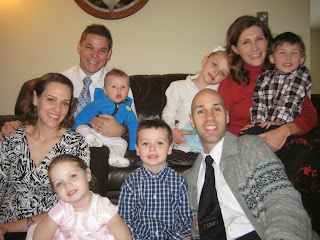 First Snow of the Season

Since we used to live in Arizona, the kids haven't had many experiences with snow.  That changed this week. :)  It snowed here in State College on Tuesday and the schools closed, so the kids got to stay home and enjoy some sledding. 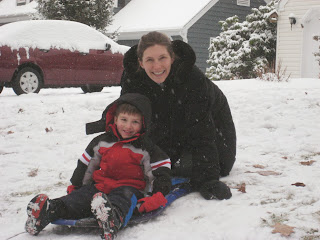 Our front yard is a nice hill, which all the neighbor kids come to when it snows.  They all had fun zipping down it on their sleds. 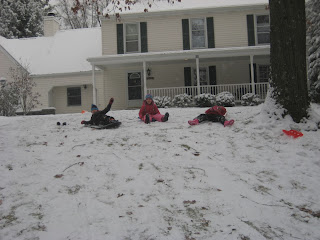 Even Ryzen enjoyed the winter wonderland. (I worked from home and took a 5 minute break with the kids.) 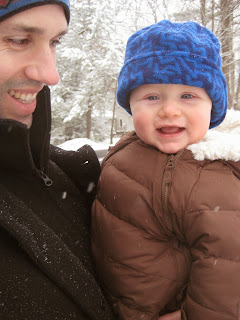 Aria and her friend Margo had fun playing in the backyard and building baby snowmen. 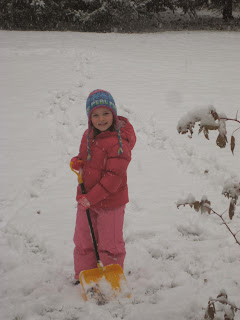