For Valentines, we made pancakes with the kids. :) 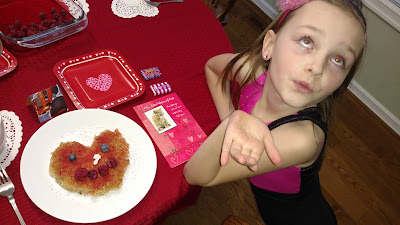 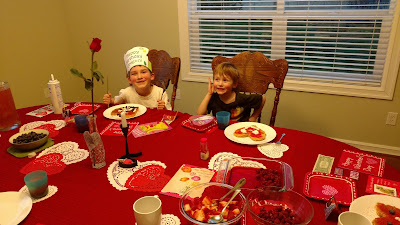 Tara and I also got each other simple gifts (red licorice & Cheetos for me, dark & mint chocolate for her). We went out a few days later, when things weren't so busy, and had dinner at Whirled Pies.

Peter & the Starcatchers
On the ski trips that Tara took Aria and Zade, they listened to a book on tape called Peter and the Starcatchers, which they really enjoyed.  Tara noticed that a local theater in Cottage Grove was putting on a play of that story, so she took Aria and Zade to see it.  They had front row seats and enjoyed watching the small cast play multiple roles. In particular, Aria liked the guy who played BlackStache, since he was really funny. It was also enjoyable to see his black stache when he played a mermaid. :) 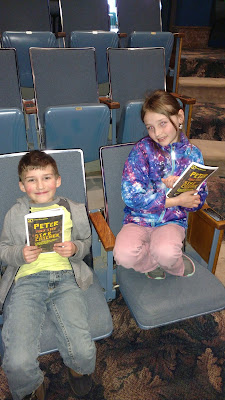 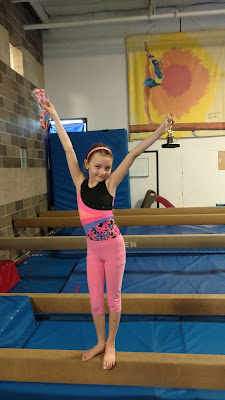 Here's a picture of her with her friend Shakti. 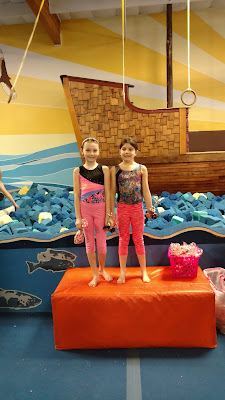 Bath Time
Here's a random pic from the younger kids bath. We put a little green food coloring in the water to make it more fun for them. As you can see, they were big fans. 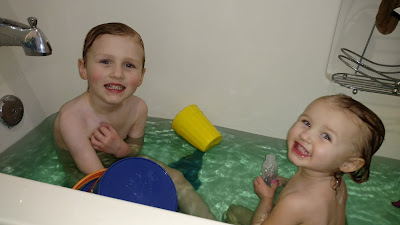 Winter Break
At the end of winter break we took the kids to OMSI, while Tara and I did temple sessions at the Portland Temple.  Here's a pic of Zade and Aria getting zapped in the physics room at OMSI. :) 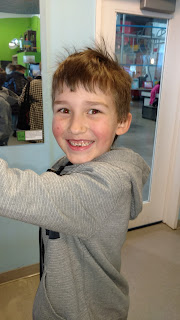 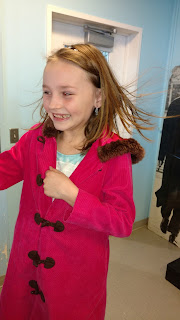 OMSI also has an earthquake station where you're supposed to design a wall to protect the city from a tsunami. Aria loved this exhibit and played here forever. 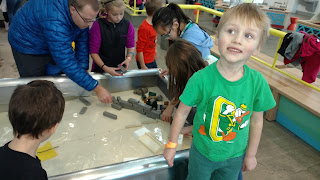 Although it was abnormally cold this winter with the temperature getting into the low 20's, the low temperatures didn't produce much snow. A little bit fell and the kids went to the park and had fun sledding. 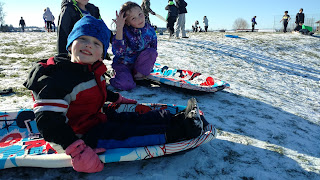 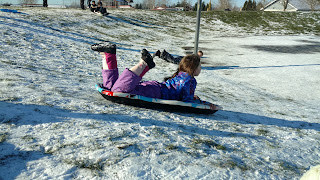 Despite the small amount of snow, Aria managed to make a mini snowman in our backyard too. 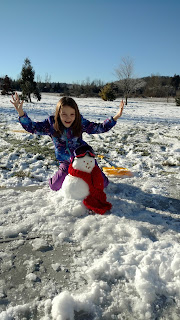 Although not much snow fell in Eugene, plenty accumulated up at Willamette Pass. Tara took Aria and Zade several times and taught them how to ski. 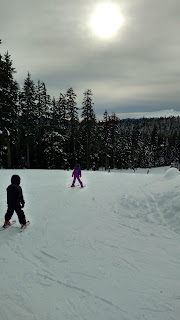 Aria got comfortable enough skiing that she even got to where she could ride the chairlift alone. 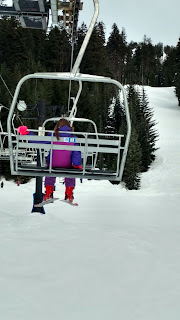 Grandma and Grandpa D
Tara's parent came to visit and spent some quality time with the kids. Grandpa got a nice train set for the kids, which he built with Ryzen and Zade. 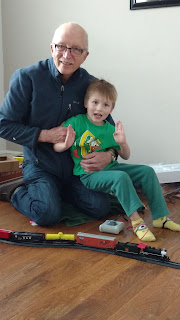 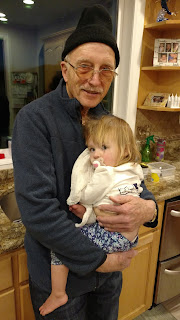 Oregon Basketball
I took Aria and Zade to the UO vs. Cal basketball game.  It was a fun blowout to watch. 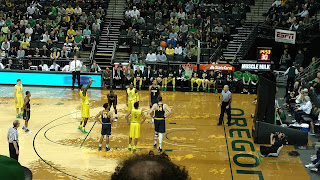 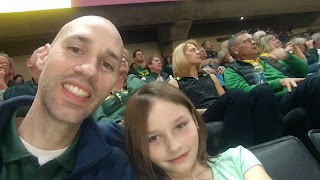 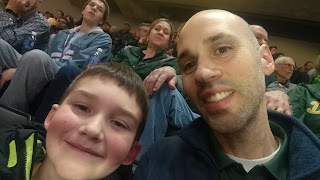 A few weeks later I got tickets to the UO vs. ASU game. My dad drove up from Corvallis and we went to it. It was fun to spend time with him, even though the UO didn't play as well. They barely squeaked out the win that time.

Nova's Walking
It took her 18 months to figure it out, but Nova is finally walking. In the past, when we'd try working with her, she'd just pick her legs up into the air and refused to put them down and practice walking. She's now finally reached the point where she wants to walk. 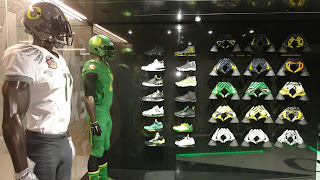 This video does a better job:

Probably my favorite part of the place was some of the ceiling decorations. They have wood carvings showing the Duck facing off against all the Pac12 schools. In each image, the Duck can be seen schooling the other school. 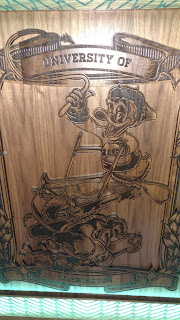 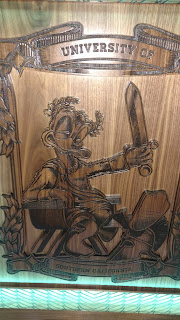 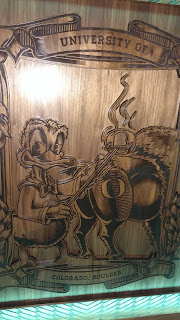 Our "Pond"
Over the course of the winter a small pond has formed near the back of our property. On a beautiful day Tara went out with Ryzen and he had a fun time wading through it. 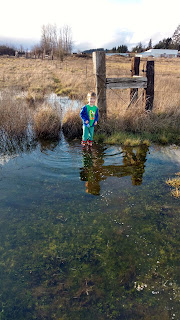 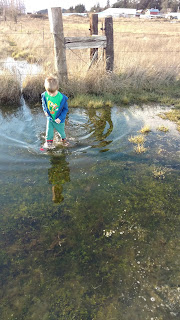 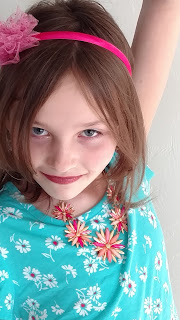 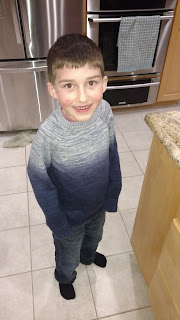 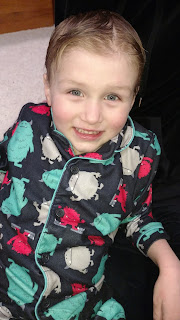 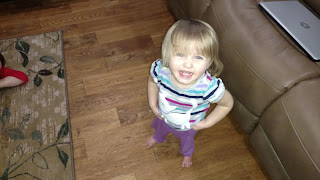