A Chocolate Protein Bar is NOT chocolate...

Today Zade awoke with a fever, crying that his tummy hurt. I offered him popsicles, sprite, and Scooby-Do movies, which had to be shared with older sister Aria as well due to her loud protest cries that she had suddenly become sick, "see mom- sniffle, sniffle." (uh huh, yeah right Aria). Little man fell asleep twice in my arms today, just cuddled up, closed his eyes, and was gone. He seemed better around noon (probably due to ibuprofen) but I thought I could squeeze in the Cosco trip that our empty fridge so desperately called out for. At Cosco, amongst the many samples being offered, we tried a piece of chocolate protein bar. Zade and Aria thought it was just chocolate, however as they chewed the protein bar a mixture of unbelief and disgust came over their faces. They demanded that I let them spit it out. I demanded that they chew and swallow. I mean come on, it wasn't that bad! I watched Zade's face as it changed from disgust to complete nauseation. He started to gag. I pulled him from the cart and ran for the nearest garbage can, which happened to be right in front of a lady trying to sell Ritz crackers covered in tuna. Zade puked into the garbage, with only a small amount landing on his sock and shoe. I apologized to the lady, who looked slightly disturbed, and grabbed a handful of napkins to wipe up Zade. After Zade heaved one more time into the garbage, I made it back to Aria who was sitting alone in the cart two aisles down, and offered her a napkin, in which she immediately spit out the protein bar that had been sitting in her mouth. I shall not look at protein bars the same, I think.
Posted by Dane & Tara at 9:28 PM No comments: 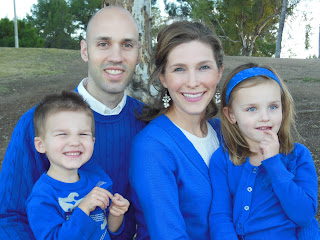 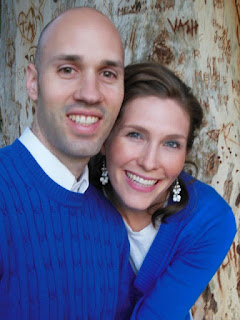 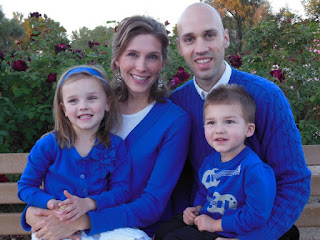 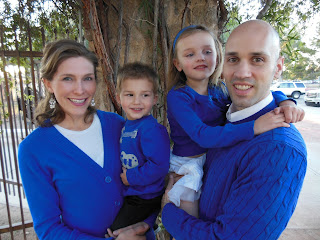 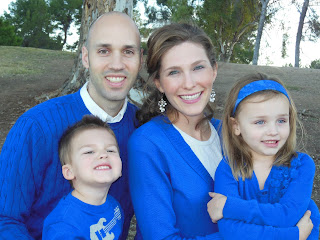 Tara's parents came to visit for Thanksgiving.  We made a delicious dinner, with all the fancy festive food. 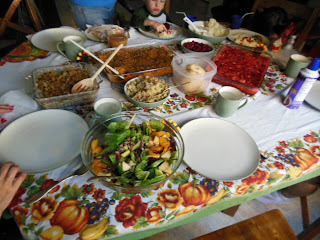 Then Grandma and Grandpa Debenham helped us put up and decorate the Christmas tree.  Grandpa even created a tree stand made out of pipes from Home Depot because the tree stand was lost. 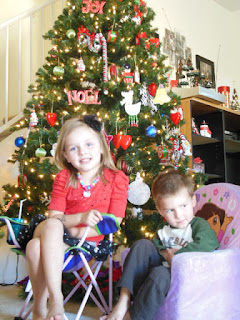 Grandma D was very kind to surprise the kids with an early Christmas, complete with lots of new clothes and fun toys.  Aria received wedding doll barbie and ken, along with a pink barbie car.  She also received a life size Cinderella doll, whose shoes actually fit on Zade's feet.  He loves to put them on, much to Aria's dislike.  Grandpa D gave Aria a new scooter, that she has had fun practicing on.  Zade received a Spider Man backpack (which he adores) a set of large plastic dinosaurs, a pirate bandanna and telescope, and a guitar with keyboard that plays a variety of styles of music.  I don't think I'm going to need to get the kids much for Christmas now. 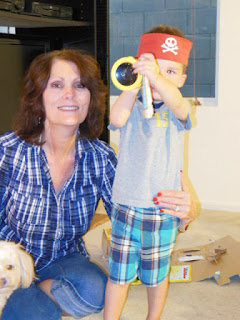 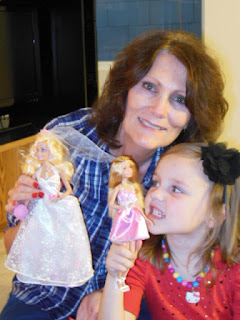 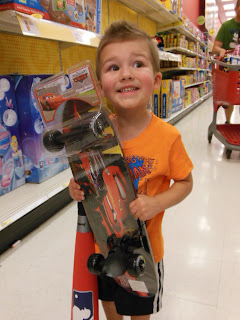 For Halloween the kids decided to be Pirates this year. We had the Geyers come over and join us for pizza and trick-or-treating. As usual, the neighborhood was a hot spot for trick-or-treaters from around town. 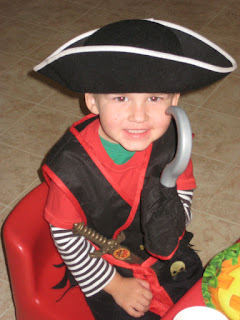 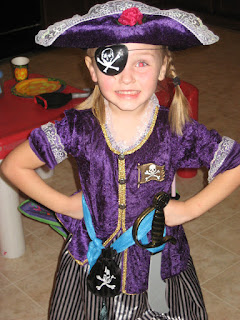 Here are the jack-o-lanterns we carved. Tara's jack-o-lantern started out as a bat, but it didn't quite work out, so she carefully carved 3 triangles and a big smiley face. :) 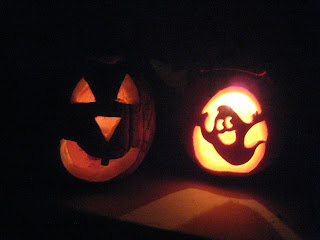 When it was finally time to head out the door, Zade ripped off his pirate costume and demanded we put his Spiderman costume. (Tara got him 2 costumes since Aria has several dress up outfits, and Zade had none.) Here they are after 90 minutes of scouring our neighborhood for candy. 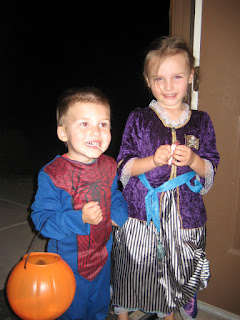