On May 5th Zade chose to be baptized!  He was baptized in the Danebo building in Eugene, OR. 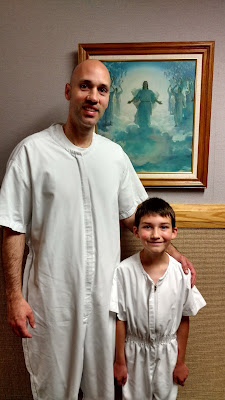 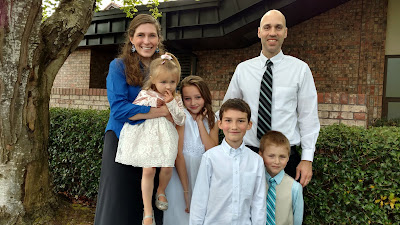 Tara and I went with Greg & Margaret Hansen, and Brent & Nicole Seipert to a small folk concert by Ellis Paul up in Lowell, Oregon.  The house only held up to 50 people.  It was a neat, intimate venue. 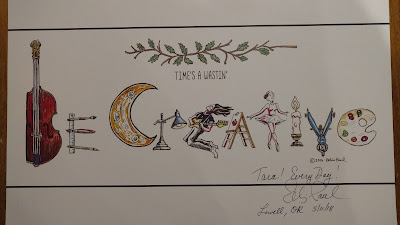 Tara and I took the kids on a bike ride, and rewarded them for going with milkshakes. 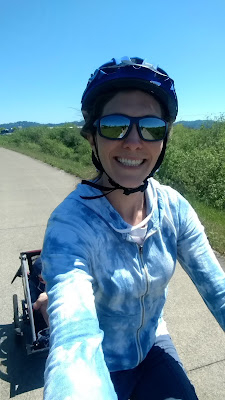 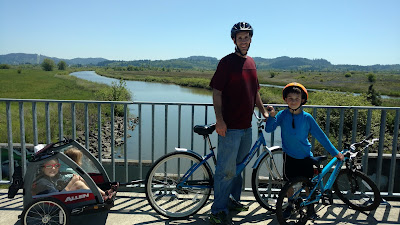 Tara and Aria went to the local high school production of the Addams Family.  They both enjoyed it. 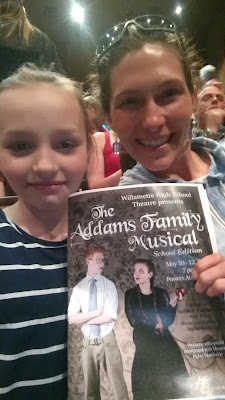 Hendricks park was in full bloom so we went there with the Yorgeson's and enjoyed seeing all the Rhodies. 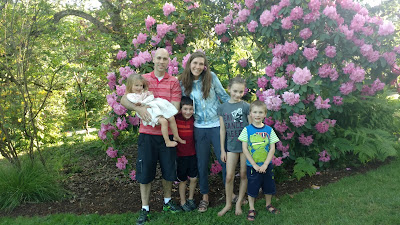 The kids buried Zade in the sand park.  Good times. 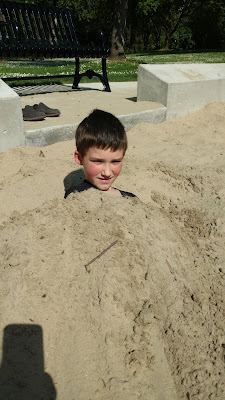 Aria and Zade's school held a jog-a-thon.  Each of them ran 10 laps around the track to raise money for their school. 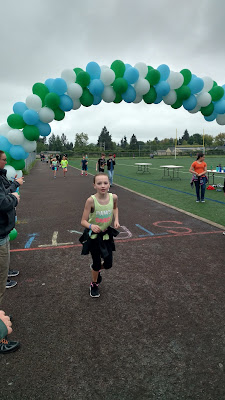 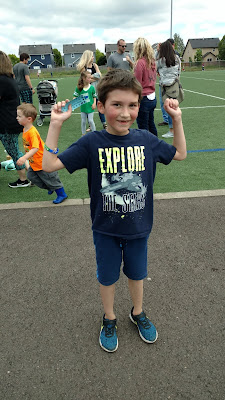 Tara and I have spent the better part of the last year cleaning up the large garden bed by our driveway, which was loaded with blackberries and fireweed.  Eventually we've been able to setup 10 garden beds with blueberries, strawberries, grapes, watermelon, pumpkins, cucumbers, corn, tomatoes, sunflowers, etc...  We've also planted a lot of plants in a ring around it, including azaleas, rhodies, a Japanese Maple "Goodblood" tree, a pink dogwood tree, and a quad tree with 4 different types of fruit.  It's been a ton of work, but the garden is starting to look respectable. 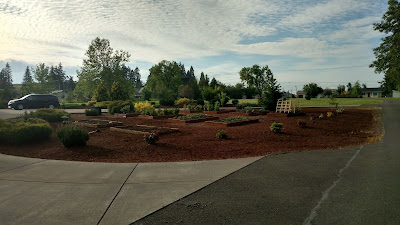 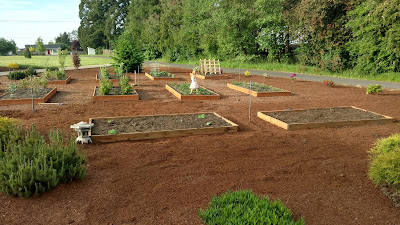 Tara took the kids to the mall and got some ice cream... I'm envious. :) 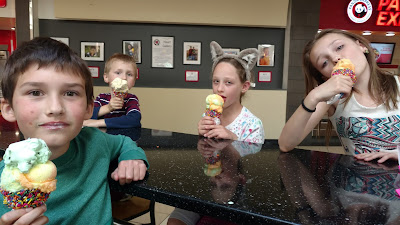 Over Memorial Day Weekend, Tara and Lauren Yorgeson planned out a camping trip for our families at Sunriver.  We hiked to the Lava River cave. 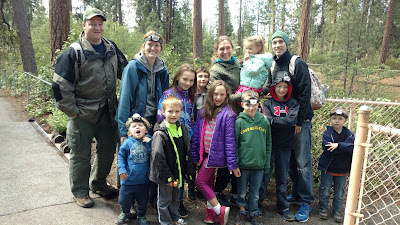 Here's the campsite, where many a s'more was roasted. 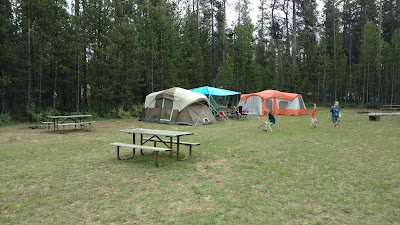 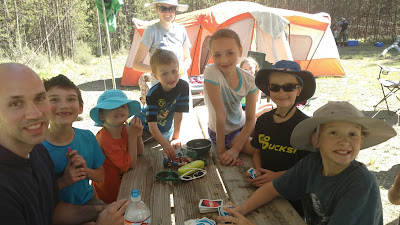 We also hiked to a nearby waterfall.  Nova woke up from a nap right before we went and showed her appreciation. 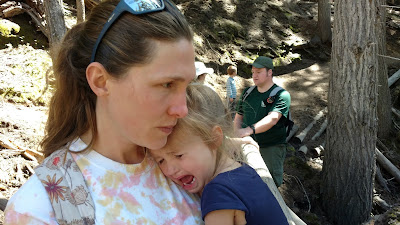 Zade's school did an art show, where the kids got to show off their cool artwork. Zade painted this picture of our cat Azure chasing a hamster. 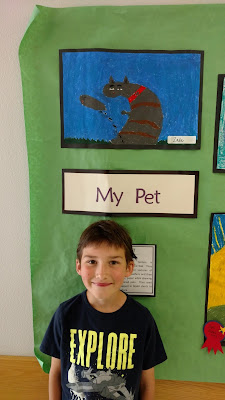 Aria and Zade's school also had a carnival. 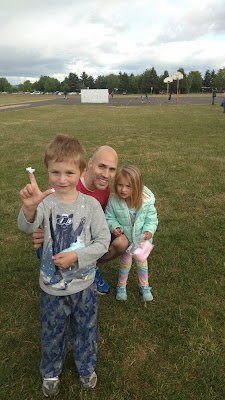 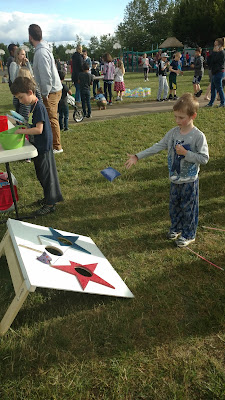 Despite how much sun we've been having for the past few weeks, the rain came out during the carnival.  But we were rewarded with a spectacular rainbow. 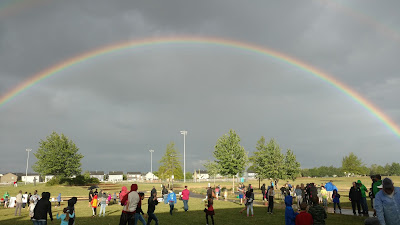 The picture doesn't do it justice, but it was a double rainbow. 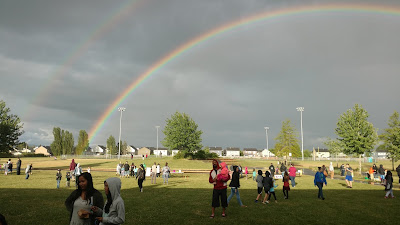 For a date, Tara and I went to the Whitacker neighborhood and ate at the Pizza Research Institute.  I ate a curry califlower, apple, and gouda pizza.  Amazing. 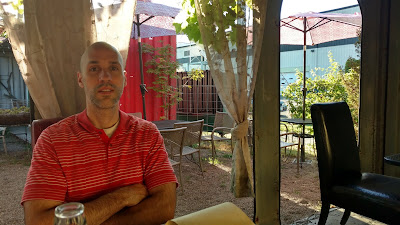 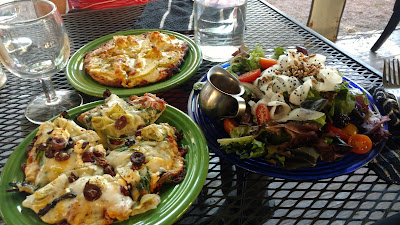 We then hit the rose garden at Skinner's Butte. 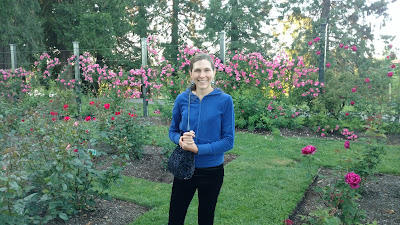 Aria had her year end dance recital at Lane Community College.  She was very excited. Here she is backstage. 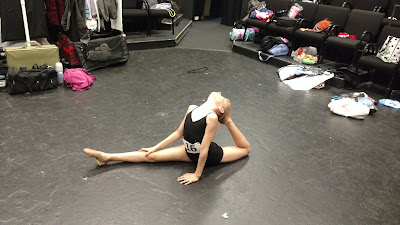 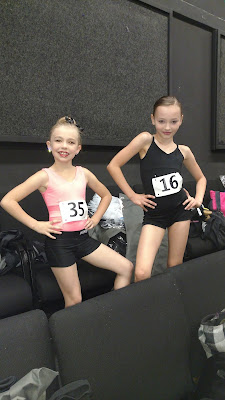 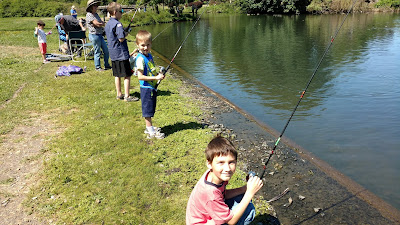 Zade was pretty pleased when he landed one early on. 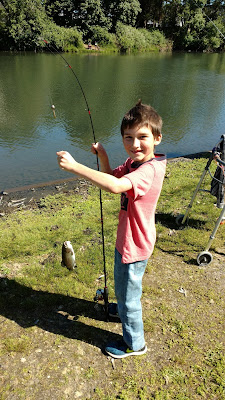