The simple pleasures of life.  Aria and Zade love playing with bouncy balls.
Posted by Dane & Tara at 9:33 PM No comments:

We had a trunk or treat activity at the church ballpark again this year, and the kids loved it.  Aria dressed up like a little fairy, and Zade was Superman.  Little Zade's bucket of candy got so full he could hardly carry it.  :)  I couldn't get Zade to say trick or treat, but each time he did get some candy, I was able to get him to say "Tank you".  His high pitched, slurred words sounded sooo cute. 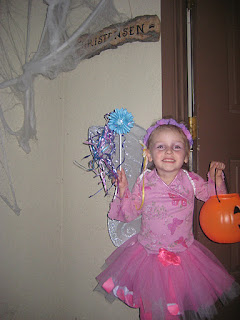 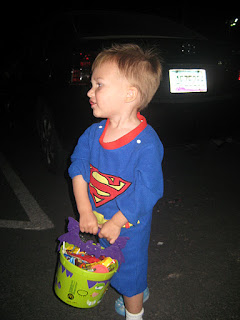 Here they are with their haul.  Zade is all about suckers, and Aria is a chocolate junkie. 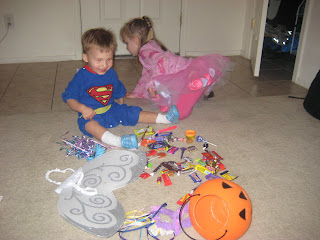 The next day we went to the Carnival at Aria's pre-school that was being held as a fund raiser.  The kids each got some popcorn, did a bunch of little events, and Aria got a tie-dyed hat.  I volunteered to work a the duck pond where kids went fishing for rubber duckies with large metal spoons. 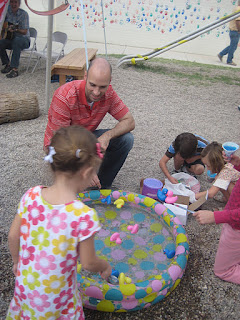 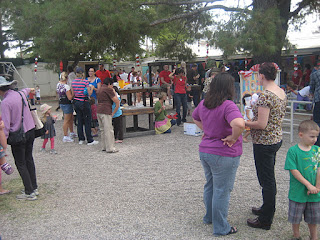 That afternoon we went over to the Brimhalls and carved pumpkins.  Tara went for the black cat, and I went for death.  :) 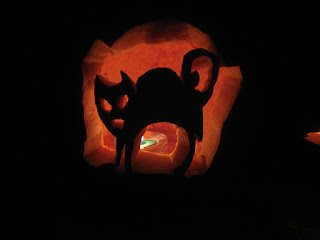 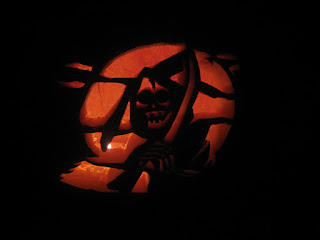 Here's some footage of Aria and Zade playing together.  I just love watching their running styles.  Aria runs with her arms hanging down, hardly moving them, and little Zade tears around like a drunken sailor, usually running in non-straight lines.

Aria got a Hello Kitty coloring book and has gone on a coloring spree.  She's so proud of her work that she has us hang up every pic. 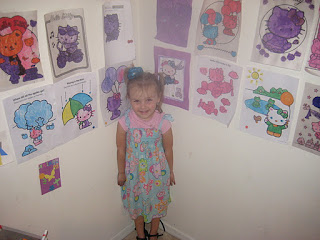 While Tara went to watch Aria at her last dance class of the season, I got the privilege to hang out at home with little Zade.  He's a hilarious little guy.  He runs around and just is such a jolly little guy. 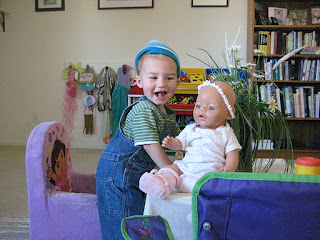 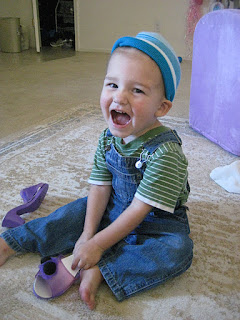 Zade is quite the little gentleman. Today he had a little bowl of food that he was eating while wandering around the kitchen. Somehow some of the food spilled out, so he (at a little over 18 months of age) just decided on his own to go clean it up. He wandered over and grabbed the broom and began trying to sweep up the pieces. 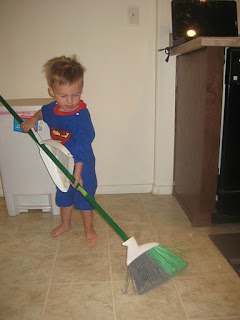 Since that wasn't working too well, he grabbed the dust pan, put the pieces inside, and then dumped the food in the garbage. It was so cute. 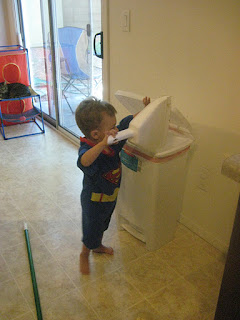 This week Aria also said something pretty hilarious. Aria was sitting in a chair with her arms resting on the table, and as usual, was pulsing in her seat. (Anyone who's ever spent much time with her knows what I'm talking about). Tara then asked Aria why she always pulses in her seat. Aria responded, "because I like to." She paused for a second, and began quoting one of her favorite shows, Yo Gabba Gabba, and sung "Try it! You'll like it! Try it! You'll like it!" (I tried finding the official video on the show's website, but it's not available. However, here's another video clip we love to use to get the kids to eat food: There's a party in my tummy

Another time this week Aria was sitting in her chair pulsing and Tara said, "Hey Aria, are you ready to go?" And Aria said, "Just a minute. I just need to pulse some more." She continued pulsing for 1 minute, and then said, "Ok, I'm ready." :) She's a funny little girl. Here's a pic (form a different occasion) of Aria in the pulsing position. By the look on her face, you can tell what she thought about my idea to take a picture of her. (Not pleased) :) 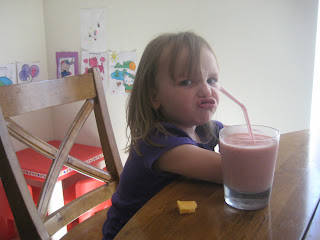 Zade's favorite toys are literally just pots and pans, and nothing makes them even more fun than throwing dried beans into the mix (but what a mess!) 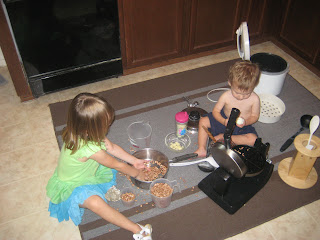 Tara's still going strong with cloth diapering. Here's the great image we have when we look into our backyard (I'm sure you're jealous): 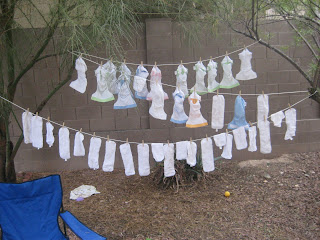 Little Zade invaded the kitty house. Here's Azure peeking in on him. 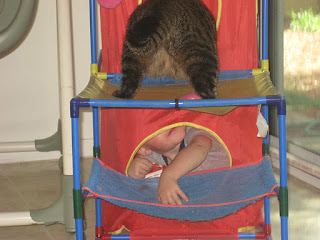 Here's the fam watching general conference (we stream it over the internet).We pull out my laptop and connect a speaker to drown out the kids chatter. :) 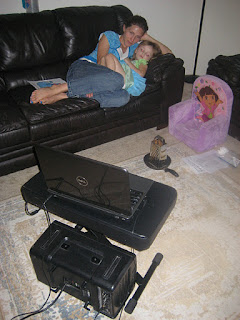 Last week Dane was out in Utah presenting an academic paper at the BYU Accounting Research Symposium, hence lag in blog posts. The paper seemed to be well received, so that's encouraging.
Posted by Dane & Tara at 12:42 PM 1 comment: