Zade has three favorite words right now: punk, pig and stupid. I know, they're not nice words, and I'm not sure where he picked these words up, but he likes to say them all the time- especially the word "pig," and "stupid pig." Hopefully this is a phase that he will outgrow quickly. Whenever he says pig or stupid, Aria always responds by saying "Don't say stupid!" or "Don't say pig!"

The weather has been so lovely, since we've gotten back from our Christmas break in Oregon. I've been trying to take the kids out to the park every afternoon. Aria has really gotten into climbing. Both kids like to take their shoes off, even when it's chilly outside. Thankfully neither child has gotten really sick this year.

We've moved Zade's mattress into Aria's room. He had been waking up every single night and I had developed a twitching under my right eye from poor sleep. (It doesn't take much to make my eyes start twitching.) The kids seem to find comfort sleeping in the same room, and Aria's room is much warmer than Zade's which is large and over the garage.

Aria has been warming up more and more to her daddy. By this I mean, she is showing him more affection and wants to be with him. Overall, she and Zade are very affectionate children- quick to give hugs, kisses and to want to cuddle. They are also quick to say, "I love you."

For family home evening this week, we decided to make cookies to take them to our neighbors. And for once, Tara had no involvement in the process, which she really appreciated. 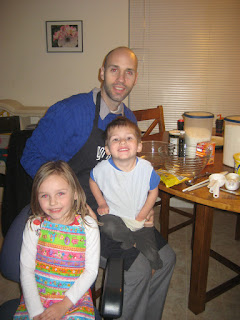 A few days later Dane headed to San Diego for an accounting conference (FARS), and the kids made a doll house out of a cardboard and painted it.  Unfortunately, while Dane was gone, Zade came down with the flu. 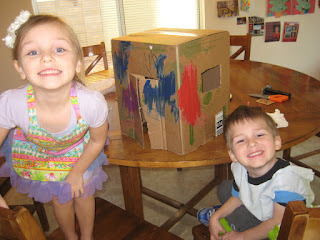 Here are the profile pictures of baby #3.  The mystery is now over.  We're having another BOY. Everyone is excited... except Aria.  She really wanted a sister.  So was so angry to hear the news that she began pounding the furniture with her fist.  It was hilarious.  After the first 5 minutes of grumpiness, she got over it.  :)  Neither Tara or I knew what to expect this time around.  We're just grateful this little one appears to be healthy.  Zade's happy to have a little guy to play with. 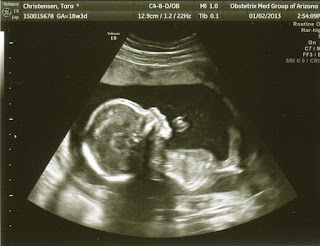 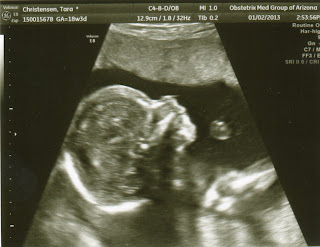 We had a lot of fun with my family while in Oregon.  We had a game night over at the Myrolds playing Thurn and Taxis, went on walks through the woodsy neighborhoods, and spent a lot of time with Kari's family, where the kids got to play with their cousins.  Tara also enjoyed watching Les Miserable with my mom, and I went with my dad, Derek, and Nate and saw the new James Bond movie (Skyfall).  Since I didn't go on vacation this summer because I was working on my dissertation, it was nice to finally have a short break.

Here's a pic with us holding Kari's daughter Vivian.  She's such a happy little baby. 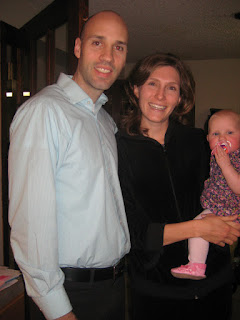 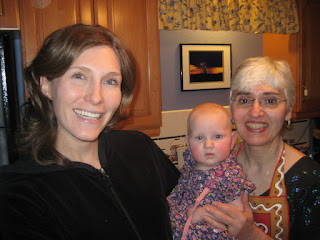