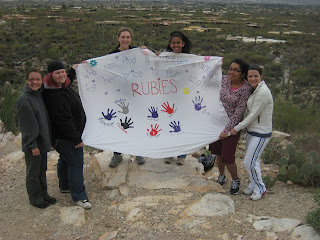 For our Young Womens activity this week, we hiked a short ways up the Pima Canyon Trail, until we found a beautiful view of the valley. We then had a short devotional about being virtuous and raised a banner that we had made the week before, following the example of the general Young Women's Presidency of the church. The banner has all of our hand prints and names, evidence of a promise that we have made to always be virtuous. The spirit was definitely present as we recited the Young Women's theme, sang hymns, and talked about eternal marriage.
Posted by Dane & Tara at 3:40 PM No comments: 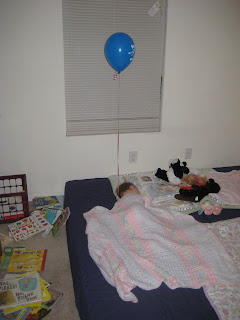 Aria loves to get balloons at the grocery store. On Monday we got a balloon, but it was really windy outside and as I went to put the balloon in the car, it blew away. I pointed to the balloon as it rose higher and higher and Aria watched with big, round eyes. "The balloon blew away!" she said with thoughtful sadness. From then on, every time we got into the car Aria would say, "The balloon- it blew away. High up in the sky. Sad."

A few days later we got a new balloon at the grocery store and Aria and I made sure to keep it from blowing away. In order for her to easily put the balloon on her wrist, we tied a big loop at the bottom of it. After we put her to bed at night we went back in to check on her and found that she'd found the balloon in her room and put it on her wrist and then went to sleep. It was so cute.
Posted by Dane & Tara at 2:54 PM 1 comment:

This weekend we went to the Tucson botanical gardens. Our favorite part was the butterfly exhibit. As is usually the case with nature, you see a lot more cool stuff than you can capture on film. Despite that, here are a few glimpses of what we saw.
Note how pretty butterflies flock to Tara, while plain old butterflies kick it with Dane. Imagine that. :) 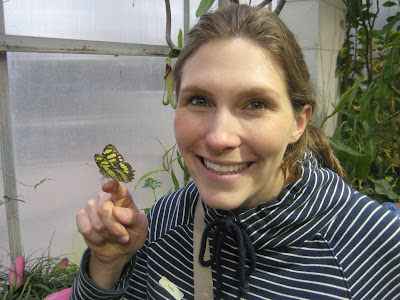 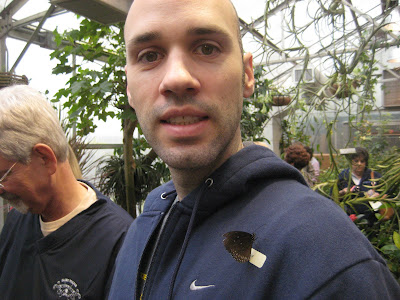 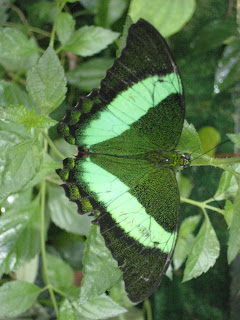 Aria has decided since she's now at the ripe old age of 22 months that she's all grown up.
Posted by Dane & Tara at 6:10 AM 1 comment:

Shannon and Brandon got married this weekend at the Salt Lake City Temple, which brought back memories of when we were married there almost 7 years ago. The weather was really nice, which made pictures a lot more fun (there were 30mph winds there when we got married). Afterwards we had a nice dinner at the Lion House, I Dane did his best to keep Aria under control. She's super sweet, but she got restless, after sitting for too long. 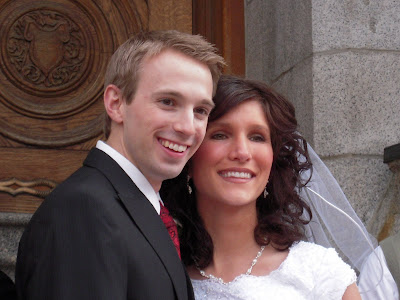 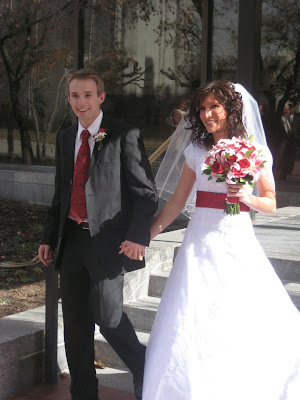 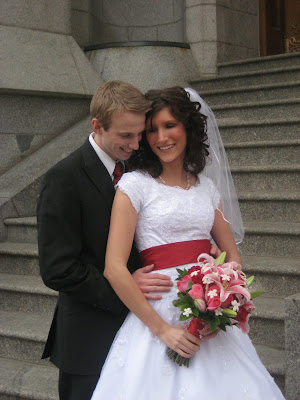 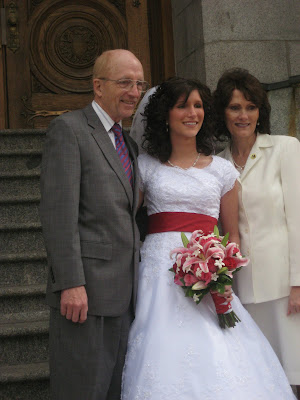 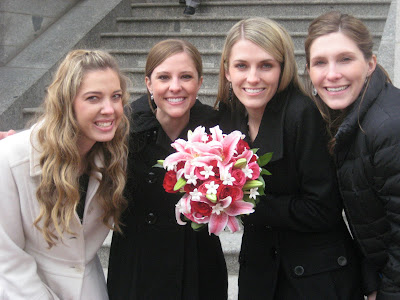 Later on at the wedding reception, Aria got a little lollipop that she fell in love with. 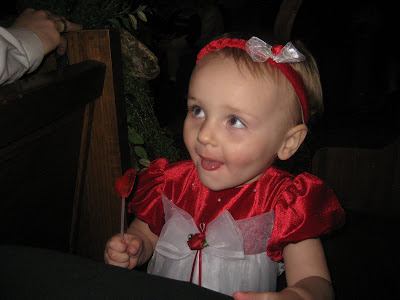 Shannon with her bridesmaids 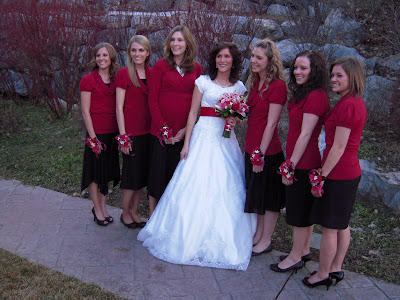 Shannon put her veil on Aria, and I could almost picture her as a bride in 20 years. Yikes! 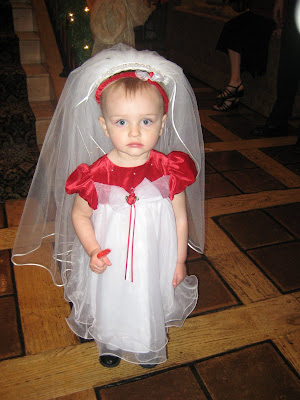 Tara's cousin Tammy has a 2.5 year old son named Matthew, who happened to be around when Shannon put the veil on Aria. We told him to go give her a big hug so we could take a funny picture. What made the picture even better was the completely awkward look on Aria's face. It's awesome. :) 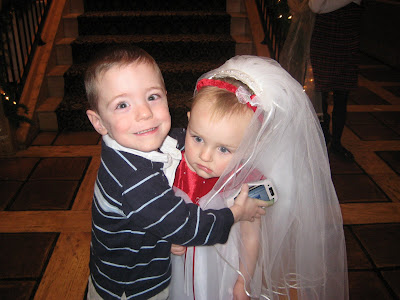 Here are a bunch of pictures of the couples at the reception:
Jerry & Terry 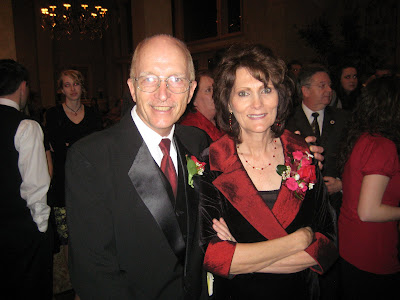 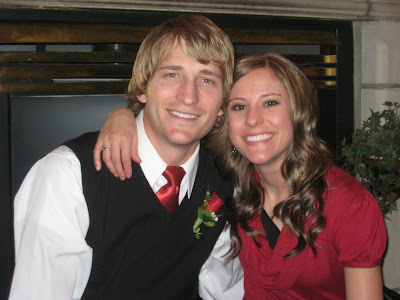 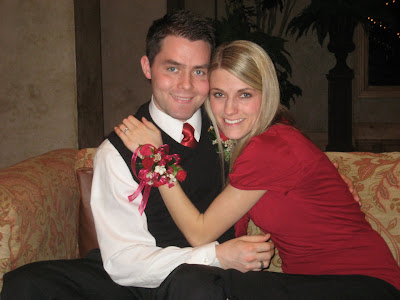 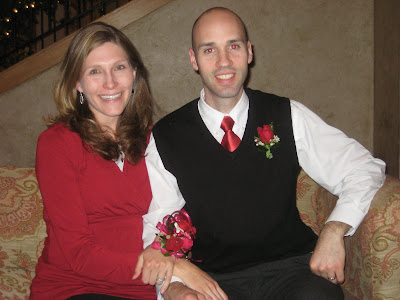 Aria came down with a pretty nasty cold, and kept Tara up at night all week long. Her throat was so sore, that we had to revert back to using bottles (again) to get her to eat. After a week of little sleep, even the mighty Tara, who never, I repeat never gets sick, was taken down. 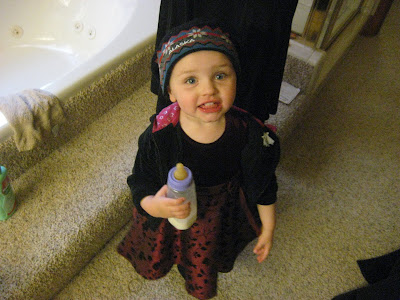 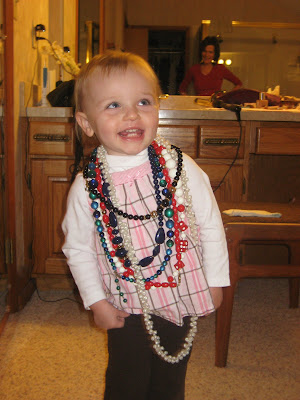 Ketchup is not a food group

I know a lot of people love ketchup. Some people think a meal can't be complete without it. Well, if you're one of those people, then stay away from my kid! Somehow, she's turned to the dark side and has become one of you! :)