Floating, Camping, and watching the Eclipse

Floating the Willamette
After work one night in August we went and floated the Willamette River. We put in our raft at Island Park and got out near the Rose Garden across from Valley River Mall.  It was a great float.  Aria didn't feel terribly safe and spent most of the time barking orders at Tara and I to row faster, and we pretended she was Captain Hook.  There were a couple places on the river with some small rapids, which evoked opposite reactions from the kids. Zade loved it, and Aria didn't. 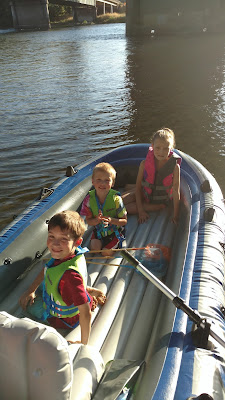 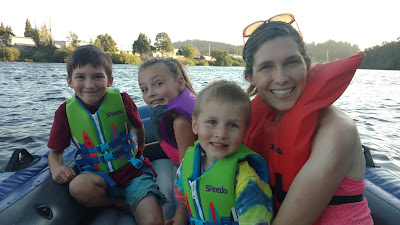 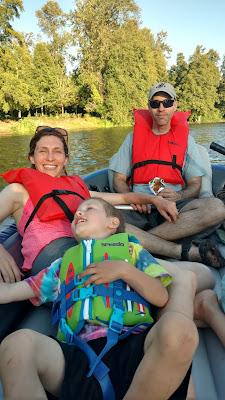 Eclipse
We spent Sunday Night at my parents house in Corvallis, and watched the Eclipse with them in their backyard.  Since their home was in the path of totality, we thought it would be a better place to watch the Eclipse.  Up until the moon fully covered the sun, the eclipse seemed a bit overrated.  However, for the 1.5-2 minutes of totality, it was awesome.  At that point we took off our solar glasses (since you couldn't see anything through them) and could see a glowing ring around a black dot.  The sky looked like it was twilight, even though it was just around 10:20am, and the temperature had dropped dramatically as the eclipse began covering the sun.  Aria began doing cartwheels and Zade and Ryzen began running in circles celebrating. 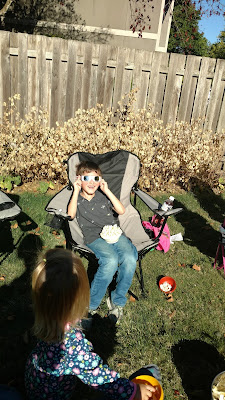 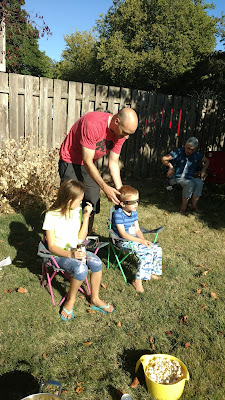 Family Camp
We went up to Big Lake near Hoodoo for a family camp.  Tara took the kids up for the first two days while I worked and I came up for the last 2 days. 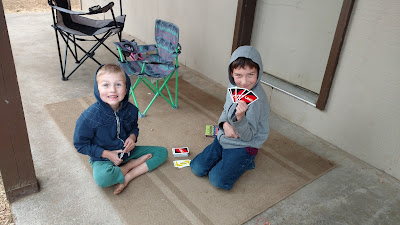 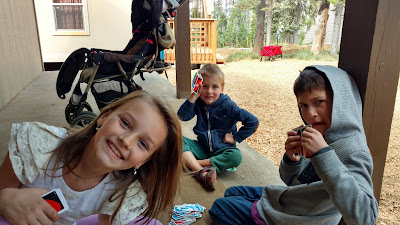 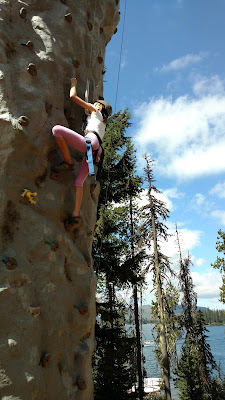 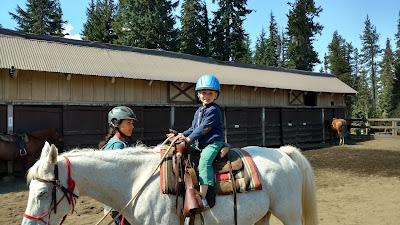 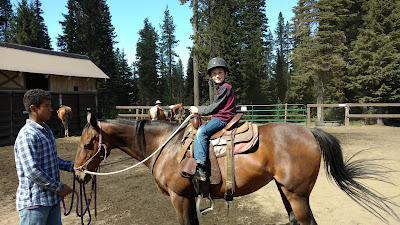 Tara talked the kids into burying Ryzen in the sand.  He loved it. 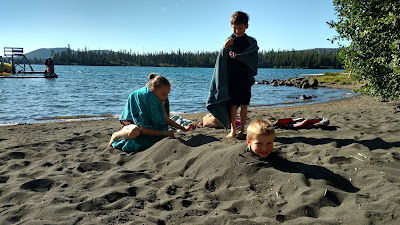 Check out this sweet action shot.  Aria's arrow is in mid flight. 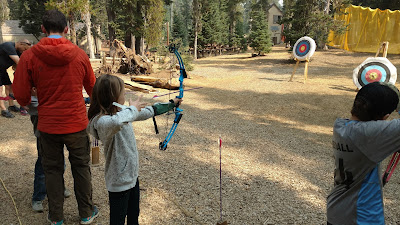 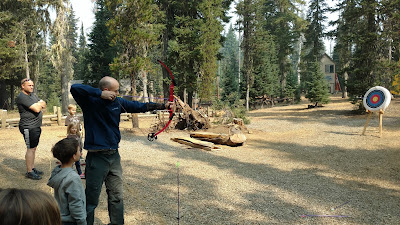 Aria also got way into paddle boarding.  She eventually went out by herself for over an hour. 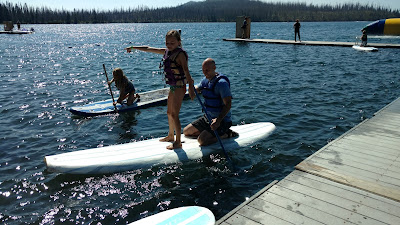 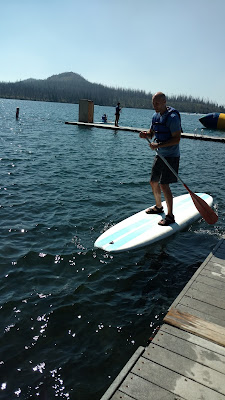 We drove a short bit and hiked around Sahalie Falls.  It was gorgeous. 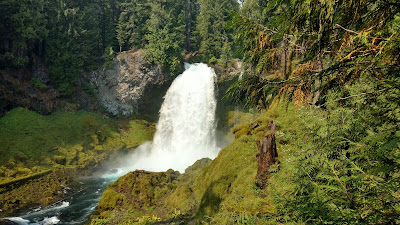 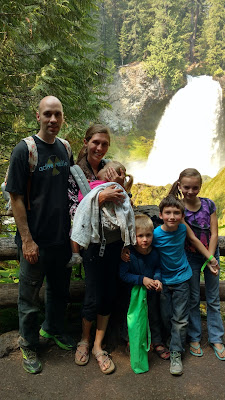 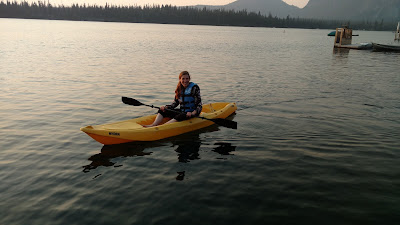 Even though there was a forest fire burning near Sisters, most days the air cleared up and we were able to have fun with the kids outdoors.
Posted by Dane at 10:07 PM No comments: